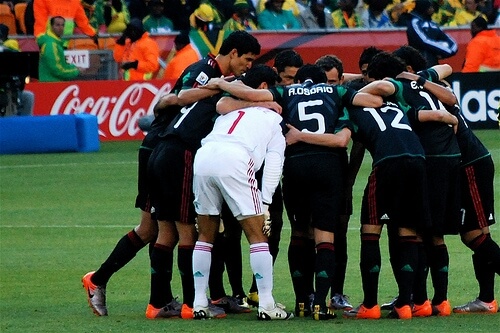 It’s Cinco de Mayo, so what better way to celebrate than listing the top five (or cinco) Mexican athletes?

Sanchez’s team failed to make the playoffs in 2011, but that doesn’t take away from what he’s done so far in his three-year NFL career. In his first two seasons, Sanchez helped the Jets reach the AFC Championship Game in consecutive years.

Not many people realize this, but Romo is a second-generation Mexican-American. Romo is a three-time Pro Bowl quarterback who is coming off of an impressive 2011 season.

In 2011, Romo threw for over 4,000 yards and had 31 touchdowns while starting all 16 games. The only thing keeping Romo down is his lack of success in the playoffs. He’ll always be remembered for the botched snap against the Seahawks.

Gonzalez is a 12-time Pro Bowler and a five-time First Team All-Pro tight end and is going to be a first ballot Hall of Famer in the NFL.

Gonzalez is still playing at a high level, too. Just last season he had 80 receptions for 875 yards and seven touchdowns.

Gonzalez is a four-time All-Star and a two-time Gold Glover. He’s one of baseball’s best first baseman.

He’s been a member of many different teams, and in December of 2010 he was traded to the Boston Red Sox. He played in the All-Star game last season, representing the Red Sox.

Gonzalez demonstrated his Mexican heritage when he played for Team Mexico in the 2006 and 2009 World Baseball Classic.

Young is a seven-time All-Star and a Gold Glove winner. He was the American League batting champion in 2005 and in 2006 he was named the All-Star Game MVP.

Young, whose mother is Hispanic, has been with the Texas Rangers since he made his Major League debut in 2000. He leads the Rangers’ career rankings in hits, runs and games played.