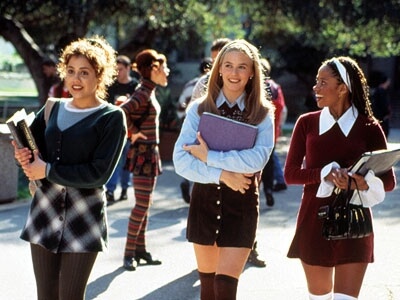 Child Stars of the ’90s: Where Are They Now?

Stephanie JaarAug 12, 2011
Home » Latest Posts » Child Stars of the ’90s: Where Are They Now?
FacebookTweet

Do you ever wonder what happened to some of your favorite actors from the ‘90s? It seemed impossible that one day their presence would not grace our TV and movie screens. But once they made it big, it turned out to be hard to keep that status. Most have since reverted to indies and leading a nice, quiet life. Here are some of the four biggest names from the ‘90s and what they’re up to now:

AKA: Clarissa in Clarissa Explains it All and Sabrina in Sabrina the Teenage Witch

It’s hard to imagine the ‘90s without Melissa Joan Hart. She taught us all we needed to know about life and dealing with an annoying brother, and then got us interested in witchcraft and wizardry just before Harry Potter came along. Following the end of Sabrina the Teenage Witch is 2003, Hart took a small break from acting and married Mark Wilkerson with whom she has two sons. In 2007, Hart was back on the small screen, this time in the TV movie Holiday in Handcuffs with fellow ‘90s heartthrob Mario Lopez. And even though some might think appearing on Dancing with the Stars means you’ve given up on your career, this wasn’t the case for Hart. She now stars on the ABC Family sitcom Melissa & Joey, which is currently in its second season.

AKA: Kevin McCallister in the Home Alone series

At the height of his success, Macaulay Culkin was nominated for a Golden Globe at the tender age of 11 for his role in Home Alone. He went on to star in Home Alone 2: Lost in New York and the drama My Girl. He worked pretty regularly until 1994, when he seemingly dropped off the face of the Earth. Only that wasn’t so: the press remained interested in Culkin’s escapades, especially his close friendship with the late singer Michael Jackson. But it seems now Culkin is dipping his toes back into the acting pool. He’s had a few guest roles on TV shows and had starring roles in the 2004 flick Saved! and the 2009 ABC show Kings. Now 30 years old, Culkin does not seem to have any further acting gigs lined up and was last spotted in February at a BAFTA dinner in London.

AKA: Cole in the Sixth Sense

It’s hard to steal the spotlight from Tom Hanks, but Haley Joel Osment did just that in The Sixth Sense. The “I see dead people” kid went on to get an Oscar nomination for the part and then was cast in Steven Spielberg’s A.I. Things cooled off a bit after that, and Osment did mostly voice work for cartoons and video games such as Kingdom Hearts. He still does a bit of acting here and there, and was seen in November at the premiere of his indie film Montana Amazon. Just this month he was also spotted at a charity golf tournament in England.

AKA: Cher in Clueless

Clueless and Batman & Robin were Alicia Silverstone’s shining moments in the ‘90s, but after that, the parts got smaller and she hasn’t had another major role since (unless you count 2001’s Braceface, which was actually a pretty awesome show). Her 2003 NBC sitcom Miss Match was cancelled after a few episodes and another pilot for Fox was never picked up. In fact, today Silverstone seems to be better off with Broadway. She’s received positive reviews for her role as Mandy in the stage production of Time Stands Still and was recently seen in the indie The Art of Getting By. Silverstone is also known for being a member of PETA and released a vegan nutritional book called The Kind Diet.