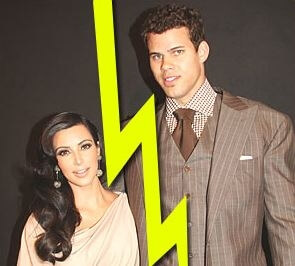 Celebrity Marriage Not So Sacred?

Alley OlivierJan 9, 2012
Home » Latest Posts » Celebrity Marriage Not So Sacred?
FacebookTweet
In the Twilight series, Bella asked her father if he still believed in the institution of marriage and he answered: yes. Sure, the romance in this series is cute and plays to the “olden” days when girls got married at age 18 or younger.
However in many ways, Bella and Edward's decision is made without considering potential complications in marrying too young or too fast. A successful and lasting marriage between vampire and human is about as fantastical as a few modern celebrity marriages, but the latter more accurately depicts the rising divorce rates in society.
When women began to attend universities, it was customary for college couples to get married right after graduation and start their life. Now women outnumber the amount of men on campus, and it appears more women are disinterested in getting their MRS. degree and are more interested in their careers. “Maybe women use college to find their soulmate, but I don’t know how many girls are going to find that now,” said Felicia Edme, a junior at SUNY Old Westbury College.

As hard as it is for two people to stay together, it appears virtually impossible for our celebrities to keep it together. Kim Kardashian and Kris Humphries, along with Kobe Bryant and his soon to be ex-wife, Vanessa Bryant, are just two of the many couples spiraling into the realm of celebrity divorce.
“I do think celebrity marriages can work but they do take a downfall because of their lack of privacy I think,” said Fatima Turay a junior at St. Francis College. A combination of no privacy, temptation and lots of money can all be factors to a downturn in celebrity marriages but there really is no distinct answer.
Tommy Thomas, a junior at St. Johns University said, “Celebrity marriage is overrated. They are regular human beings but because of their fame, everything gets blown out of proportion.”
For students, Facebook and Twitter are the invasions of privacy that lead many couples into the breakup zone while celebrities battle paparazzi and other temptations. “I don’t believe a lack of privacy has to do with the longevity of a relationship, because some celebrities have chosen not to make their marriages public and still face other problems,” Thomas said.
In some instances, it appears that marriage has lost its value. According to First Things First, 40 percent of children were born to unmarried women in 2007. “When you’re a child what you grow up seeing and hearing usually seems right,” Turay said. “You grow up with that 'adult is right' mentality. So if you see your mom and/or dad aren’t married but they’re doing alright there is less of a need or idea that marriage is important and necessary.”
We may not all have relationships like T.I. and Tiny, but there are other lasting relationships we create that may not include your soul mate but make you happy nonetheless.
FacebookTweet
Life