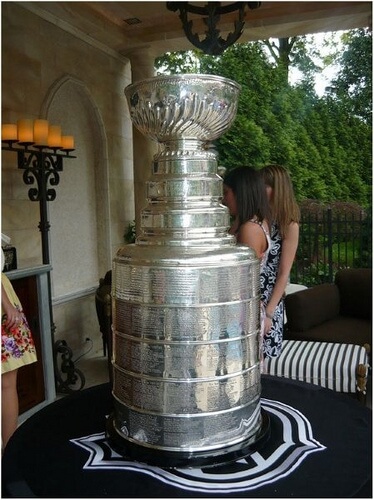 Yesterday the Vancouver Canucks right-winger Daniel Sedin guaranteed a game seven victory in the Stanley Cup against the Boston Bruins.

The Canucks have home ice tonight and will be playing in the same arena goaltender Roberto Luongo won an Olympic gold medal a little over a year ago. It remains to be seen which Luongo will show up though. The one that held the claim to best goaltender in the world or the one that’s been blown up for 17 goals through the first six games of the series.

The schizophrenic Luongo better get his mind right because right across the ice flailing Boston Bruins keeper Tim Thomas is not only eyeing up the Cup, he’s also looking to win the Conn Symthe award as the best player in hockey.

Goaltending seems to be the key to the second consecutive Stanley Cup game seven. Despite the lack of fortitude Luongo’s displayed, I’ll take the Canucks in Canada.