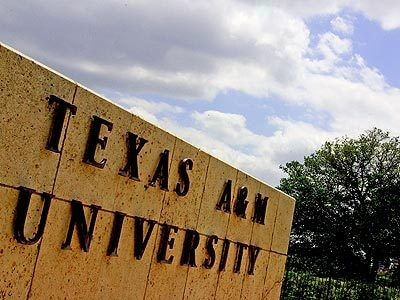 College Magazine writer Joanna Raines is a current student at Texas A&M University, uncovering the breaking news of Monday's shooting near her campus.

Seven residents at Texas A&M University were caught in a crossfire between a gunman and police Monday.

It is speculated that Constable Brian Bachmann was serving the gunman an eviction notice when he was shot and killed. College Station police arrived and shot the gunman, but not before he could take the life of a civilian bystander and injure four others.

The shooting occurred at 12:15 p.m. To alert Texas A&M students of danger, the university uses a “Code Maroon” system that sends texts and emails with the details of the problem, testing the system on a regular basis.

At the beginning of the week the system sent it’s first text message at 12:29 p.m. giving a general area of the shooter. A minute later an update came with the address of the location, and it was reported to students that the shooter was in custody at 12:44 p.m. Although these were the times the texts were sent, students did not receive the messages until several minutes later.

Alerts via email lagged behind the text messages by nearly 20 minutes. For Jordan Thurman, a Texas A&M student who lives just two streets from the incident, the code maroons could have potentially come too late. Upon hearing the shots, Thurman and his roommate went outside to see what was going on.

“[The shots were] really close — two streets away, and we’re sitting on the front porch,” Thurman said. “Then we got the text messages from the maroon alert. So we stayed inside the house.”

The past month has seen a pattern of violence and college campuses may feel an increasing pressure to have to respond to the growing unrest amongst its students. Kelsey Simmons, a Texas A&M sophomore said that she doesn’t feel as safe at school anymore.

“Lately there’s been so many shooters,” Kelsey said. “I don’t know what’s going on here.”

The full details of the event are still unknown. College Station police are working with several organizations in the investigation.