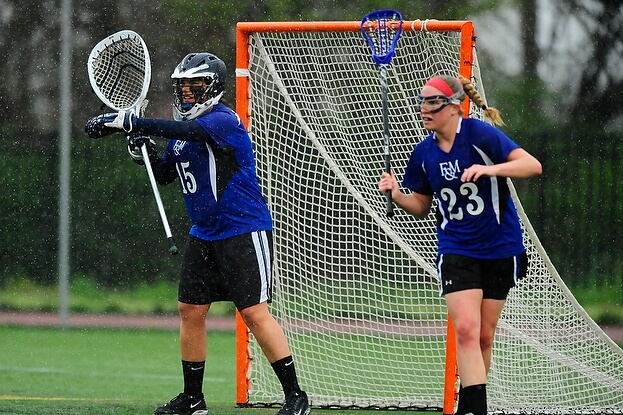 Hazing is sadly nothing new on college campuses, but though it is sometimes associated with Greek life and the process of joining fraternities or sororities, it happens on sports teams as well.

VP of Communications at Franklin & Marshall Cass Cliatt spoke to the Associated Press this morning and explained that the school fired head coach Lauren Paul and suspended some players after investigating the details of the hazing and the subsequent complaint. The team website lists Melissa Mariano as the current coach.

“Coaches at F&M are educators,” Cliatt told the AP. “F&M expects all coaches to be responsible for maintaining a supportive environment and an atmosphere of trust consistent with the educational goals of the institution, and to serve as guardians over the health and well-being of their players.”

According to Cliatt, the hazing was reported anonymously to Lancaster police in February, but school officials received reports of the incident as well. The formal investigation began in early April, as indicated by a letter that Dean Kent Trachte sent to the college staff and students.

“F&M takes any allegation of hazing very seriously and has strong and clear policies against any form of hazing as part of our deep commitment to safeguarding student health, safety and well-being,” Trachte wrote.

According to Lancaster police, there is no criminal investigation in relation with this incident.

This news comes less than a month following information that two Florida A&M University music faculty members have been dismissed on paid administrative leave on March 29, following allegations they were present while band fraternity pledges were hazed.

According to the AP, the incident was reported to campus police in November 2011, two days after the hazing death of FAMU drum major Robert Champion while the band was in Orlando for a football game. Champion died after suffering blunt trauma.