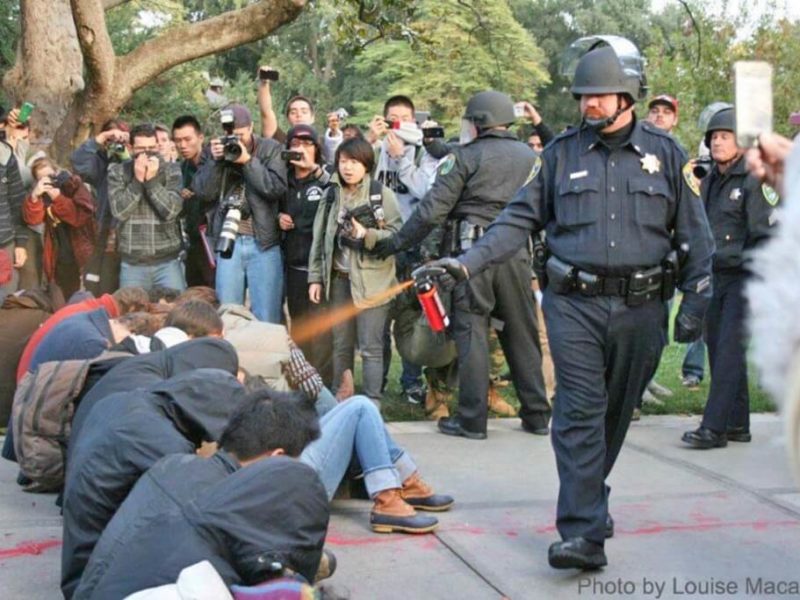 What’s worse than being rejected from your dream school? Getting an email that leads you to believe that you’ve been accepted followed by an email telling you that you, in fact, were not.

According to The Los Angeles Times, the highly competitive UCLA sent out emails to nearly 900 applicants last week informing them that they have been accepted. The emails regarding financial awards were sent out last weekend, but now, UCLA is explaining that those 900 students were actually only waitlisted, not accepted.

The financial aid office sent out an apology on Monday, April 9 and informed those students of their wait-listed status.

Though originally expected to be released on March 6, the report detailing the pepper-spray clash that occurred at UC Davis will be released at noon.  This is not to be confused with the April 6 Santa Monica college incident, where students were pepper sprayed for protesting the proposal of a two-tier fee program for the funding of several of its core classes.

The Huffington Post reports that UC Davis plans to post the document online today, one day after an Alameda County judge approved its publication.

According to the Huffington Post, the UC Davis police officers' union sued to keep the document under wraps, saying that naming officers would violate their privacy and subject them to harassment.

As a result of the lawsuit, the report will be published without the names of the officers involved in the Nov. 18 incident.

BU Hazing, With Dressing on the Side

On the heals of a March hazing incident involving a BU sorority, the university has made headlines again after five college-aged males were found in the basement of the Alpha Epsilon Pi house, tied up and covered in various condiments.

Believe to be BU students, the five males were found in nothing but their underwear. Their heads were partially shaved, they were tied to each other with duct tape and were covered in products ranging from fish sauce and ketchup, to honey and flour.

According to The Boston Channel, a report filed by the police stated that one victim had "tears coming down his face," and shook his head "no" when an officer asked him if he was all right.â€¨â€¨

Though AEP is not sanctioned by the university, spokesman for BU Colin Riley told the Boston Channel that "Boston University finds these allegations troubling and takes them very seriously. We plan to initiate an investigation into all the students involved."

Previous Post:The Ugly Truth About Acne
Next Post:5 Funniest Blogs and Why They Go Viral