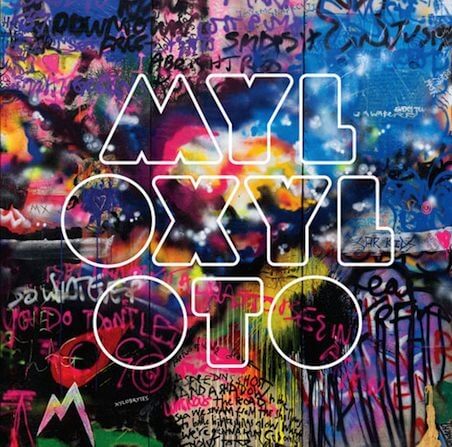 Hannah SimonOct 6, 2011
Home » Latest Posts » Bobbing For Albums: Playlist
FacebookTweet
This October we will finally get new material from some long-missed legends; dance to electronic synth-filled explosions that are both light and dark; and hear from some ladies that are nothing short of badass. To put it simply, it is going to be a fantastic month for music.

Björk’s eighth studio album was partially recorded on an iPad and comes with a series of visual apps to accompany the songs. The music is played on instruments that the Icelandic songbird invented herself. Biophilia is moodier than her previous releases but still showcases her frosty voice that sends shivers down our spines.

It has been seven years since we heard new material from Tom Waits. Bad As Me has created some online hype with the early release of the title track and the online listening party Waits hosted on YouTube, but the material is just as soulful and devastatingly bluesy as we expect the man singing it to be.

The sixth studio album from French electro- dream pop phenomenon Anthony Gonzalez is a mix of the ambient and synth-pop styles in his previous work and features collaborations with Zola Jesus. The double album features 22 songs perfect for escaping into when homework becomes less than stimulating.

Rumored to be their last album, Mylo Xyloto will be Coldplay’s second venture making a concept album, as previously done with Viva La Vida or Death and All His Friends. With influences spanning from “old school American graffiti” to the HBO series The Wire, and recorded with the help of Glam Rock god Brian Eno, it is sure to be something to talk about.

The unforgettable soundtrack from Nicolas Winding Refn’s slick heist drama is packed with dark synth-filled, Euro pop melodies. Featuring previously unreleased tracks from College and Kavinsky, and a score composed by former Red Hot Chili Pepper’s drummer Cliff Martinez, it is music that will keep you swaying even if you have not seen the movie.

Nika Roza Danilova is a classically trained opera singer who makes bewitching Goth pop under the name Zola Jesus. Her voice is a mix of Florence Welch and Siouxsie Sioux, and her sound is Fever Ray if she lived in California. Conatus is a warmer, more mature album and showcases how the songstress has finally come into her own.

French DJs Xavier de Rosnay and Gaspard Augé return from a four-year break with their sophomore album Audio, Video, Disco. Justice has managed to create an arena-rock electronic explosion that is brasher than their debut album, but just as worthy of blasting in your dorm room.

Kentuckian Will Oldham keeps his folk-punk American aesthetic with his fifth full-length album, Wolfroy Comes to Town. The lilting acoustics are haunting but light all at once. It is music to play alone in your apartment while gazing out the window and watching the rain.

Leslie Feist is not playing around. The Canadian Indie darling’s fourth album is filled with songs that are well built and influenced by blues and jazz. Layers of guitars and strings ring out as Feist showcases a smokier voice.

Previously released as seven 12” records, this 19-song collection features tracks remixed by Caribou, Jamie XX, Modeselektor, and many more. Songs from the critically acclaimed The King of Limbs are reimaged into trippy electronic arrangements.

Previous Post:NFL Week Five Preview
Next Post:Winning: How Athletes Stay Sharp On and Off the Field