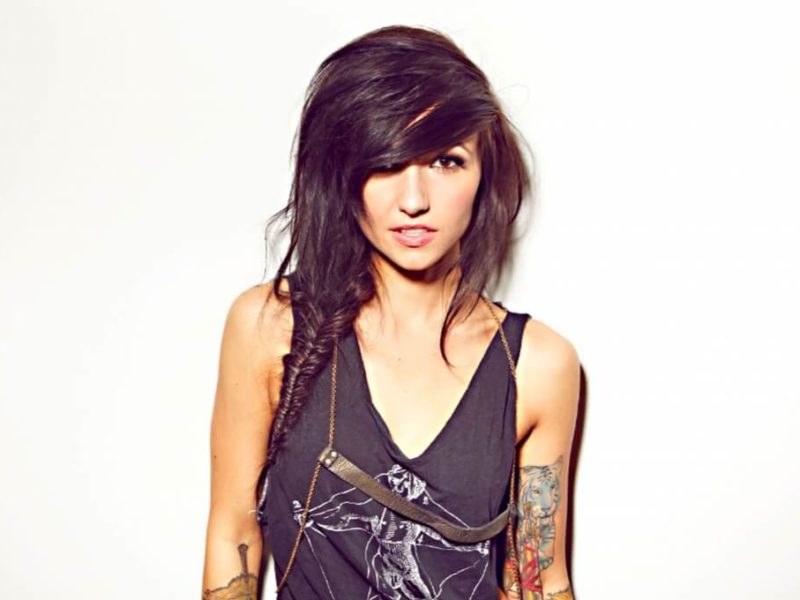 Josh AxelrodApr 12, 2012
Home » Latest Posts » CM Interviews LIGHTS on her Electropop Career & Video Games
FacebookTweet
There aren’t many artists who excite me enough that I would be willing to drive two hours to Lancaster, Pa., just to go see them perform at some place called the Chameleon Club. I’ll be making that trip in a week to go see LIGHTS, a master of electropop and my current musical obsession.
If you have yet to discover this Canadian gem, you’re missing out. Not only has Lights elevated autotune and electronica into an art form, but her voice is so strong that she could easily get by without the effects. Plus, she’s a total nerd. As in, the kind that plays “World of Warcraft” and also happens to be a comic book enthusiast.
Gentlemen, you might have to shield your eyes. Everything about LIGHTS is just that bright. Before Lights, There Was Valerie
You know that awkward moment when you interview a celebrity on their birthday? Well, I do now. LIGHTS turned 25 yesterday, a milestone she said she had no idea how to celebrate.
“I would rather sit at home playing [The Elder Scrolls V] ‘Skyrim’ and drinking wine than go to a bar,” she said, causing men everywhere to drop their controllers.
Whether she decided to nerd out or not, she probably spent her big day with people who still call her Valerie Anne Poxleitner, the name she went by before legally changing it to LIGHTS.
She said that Lights was originally a nickname that came out of her last name (Pox-LIGHT-ner). Once she set up her MySpace page in 2006 as the artist LIGHTS, the name gained popularity and she decided to officially become LIGHTS.
“I thought, what a shame it would be live a life under two different names when a name holds so much power,” she said. “It was a big decision and I’m still growing into it.”
Lights, Attorney At Law

Find schools
LIGHTS was born in Timmins, Ontario, but she traveled the world with her missionary parents before they settled in Toronto in the mid-2000s. She and her sister may have had a nomadic childhood, but their dad gave them a proper musical education.
“It was amazing!” she said enthusiastically. “I feel really blessed because I was homeschooled and that’s how I learned about music. It instilled a passion for music in our hearts at a young age.”
Before becoming LIGHTS, she said that the idea of becoming a lawyer crossed her mind. For someone who doesn’t like “arguing or confrontations,” it’s probably for the best that she stuck with music. After setting her sights on the music industry, LIGHTS chose to bypass college to become an international superstar.
“When I was done with high school my intention was to go write music,” she explained. “I always got good marks so if I wanted to go to a university I could.”
To help her with the technical aspects of her craft, she’s taking online courses in computer science through the University of Alberta while on tour. Beautiful and brainy: what’s not to like?
More Than Just A Singer
One of LIGHTS’ biggest musical inspirations is Bjork, who she believes is “her own genre” and “undefined,” two qualities she hoped to instill on her debut album, 2009’s The Listening. Though she wanted the world to hear her voice, LIGHTS was more focused on the electronic element of her music.
“I learned to sing by listening to Celine Dion and Barbra Streisand,” she said. “When I found electronica, I pulled my vocals back so the emphasis wouldn’t be on my voice. I wanted to establish myself as an artist and not just a singer.”

Once she reached that goal and started touring, her sound began to change with the live performances. Though she originally thought electronica was “so beautiful and perfect,” she realized she had just begun to explore the genre.
“The songs became heavier and I started to be influenced by electronica like dubstep that revolutionized the genre,” she said.
By the time her second album, Siberia, came out in 2011, LIGHTS was able to tap into even more of the genre’s capabilities.
“It was so much fun!” she said of making her second album. “We were exploring, experimenting. We would just get together and jam and record our songs live and leave the imperfections in. It’s a producer’s nightmare but it added soul to the album.”
Captain Lights To The Rescue!
The videos that accompany LIGHTS’ music have a…unique visual flavor. In “Ice,” she has an epic “fire vs. ice” battle with herself. She walks through what appears to be a post-apocalyptic desert in her video for “Banner.” How does she come up with this stuff?
“[Music videos] can make what’s in your dreams come to fruition,” said LIGHTS. “It’s just a chance to be the person you see in the song.”
Between the sci-fi themes and otherworldly color schemes, these videos are where her nerdy side really shines. It shouldn’t be too surprising that to promote her first album, LIGHTS teamed up with Marvel animator Tomm Coker to create Captain LIGHTS, her comic-book alter ego. She said she hopes to revisit the character one day in graphic novel form and give her a “darker” story.
“I’m a comics fan myself,” she said, proving once again that she’s every geek’s dream girl. “Big fan of Wonder Woman. Captain Lights was just a chance to try something different.”

Coming from the girl who has a working knowledge of role-playing games like “Final Fantasy” and “Fable,” none of this should be a surprise. She’s clearly not afraid to show her true nerdy colors, which only makes her audience love her more. So how can aspiring college singers/musicians get big enough to earn their own comic book characters?
“Make music that you love, not what you think people will like,” said LIGHTS emphatically. “Put it out there. Don’t wait for people to come to you.”
You heard the girl: be proactive and stay true to yourself, and maybe one day you can shine as brightly as LIGHTS.