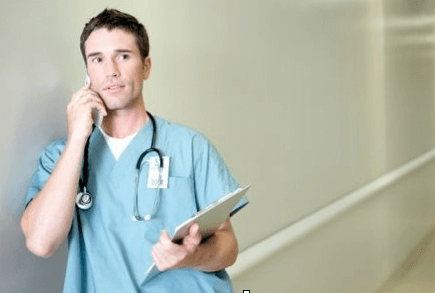 The Big STI On Campus: HPV

College MagazineFeb 16, 2010
Home » Latest Posts » The Big STI On Campus: HPV
FacebookTweet
“Are you sexually active?” “Have you been tested for sexually transmitted infections?” Everyone dreads a doctor’s appointment, but nothing is worse than facing the possibility of an STI. It only takes seven words for that dread to epitomize: “We need to discuss your test results.”

For George Washington University student Hannah Smith*, the phone call she received from her gynecologist may have been unexpected, but the news she received was not uncommon,“I tested positive for HPV after I had my yearly Pap smear,” she said. “I felt so guilty, like I had done something really wrong to deserve this,” she said.  “I thought it was the worst thing in the entire world.”

Human papillomavirus, commonly known as HPV, is a sexually transmitted infection that a growing number of college women are being diagnosed with each year.  According to the Centers for Disease Control and Prevention, 60 percent of women will get HPV while in college. Unlike other STIs, unless the strain of HPV results in genital warts, a student can have no idea he/she has HPV.

Smith had taken the Gardasil vaccine her freshman year of college, so discovering she had HPV felt even more than shocking. Although Gardasil is a means of protection against HPV, the vaccine only protects women from four strains of the possible 100 that can lead to cervical cancer and genital warts.  Additionally, the vaccine is most effective when taken before the person is sexually active. Smith received the last two shots after becoming sexually active. Smith also used condoms during sex, but while condoms may lower the risk of STIs like HPV, they’re not 100 percent effective.

According to the CDC website, 20 million Americans are currently infected with HPV. “I diagnose HPV every day,” said Dr. Craig Dickman, medical director for Capital Women’s Care in Maryland. Katherine Turner*, a senior at Ohio University, recently discovered she had HPV and has had a difficult time accepting her diagnosis.  “I’m honestly just trying to forget I have it until my next appointment,” she said.

Many college women like Smith and Turner infected with HPV are mainly fearful of what HPV can potentially cause—cervical cancer. While Dickman said most cases of HPV go away on their own due to a woman’s own immune defense, some strains can become precancerous.

Tracey Johnson*, a senior at the University of Delaware, had HPV for two years before her doctor recommended the LEEP procedure, a small surgery to remove the cells caused by HPV on the cervix. Johnson had severe dysplasia, an abnormal growth on her cervix, which can be a precursor to cervical cancer. Even after her surgery, she still visits her GYN every six months to make sure her Pap smears come back normal.

Although HPV is widely diagnosed, it doesn’t prevent stereotypes associated with STIs. Johnson said her family was supportive but her boyfriend of six years was not. “He said, ‘Oh my god, I have to worry about this the rest of my life.’” Johnson rationalized, “Guys don’t understand [HPV]. It’s not like I was living a promiscuous lifestyle.”

Turner said her boyfriend has been very supportive of her situation, but noted that she had HPV before they were in a relationship. But her parents are a more difficult subject. “My dad doesn’t know and won’t ever know.” Smith is still debating if she should tell her new boyfriend. “Do I have an obligation to tell him if it’s not going to affect him?” she asked.

“Women can give HPV to men,” Dickman explained. “But it’s rare for a man to develop warts or cause penile cancer because male genitalia is less sensitive to invasion,” he said.  Dickman also added that men can’t be tested for HPV, meaning women have no way of knowing if their partner has HPV.

But recently, the Food and Drug Administration approved the Gardasil vaccine to be used on men. Cheryl Ogle, a nurse for Trinity University’s health center in San Antonio, Texas, said this would help reduce the spread of HPV among males and females. Collin Goodling, a sophomore at Indiana University, expressed his support for the vaccine. “I think [the Gardasil vaccine] is a great idea, but I would wait and find out about the side effects before I would consider taking it,” he said.

Even with the FDA’s approval, Gardasil is not yet on the market for men and therefore health care providers are mainly focusing on HPV’s effect on women. Once a woman has HPV, Dickman explained, it’s best for her to visit her health care provider and maintain a healthy diet and exercise, but more importantly, to remember HPV is treatable if it manifests itself as genital warts or precancerous cells.

While some peers may never understand the risks associated with HPV, Smith, Johnson and Turner agreed that it’s so common that women shouldn’t feel guilty if they have it. “Sometimes when I’m alone and my mind starts to wander, I think about HPV and what I could have done to prevent this,” Smith said, adding she goes to the doctor every three months to monitor her HPV. “But what’s done is done and I know now, I’m not alone.”

*names have been changed

Previous Post:The New Colonies: Coming to a Campus Near You
Next Post:My Life on Campus as a Trans-Male