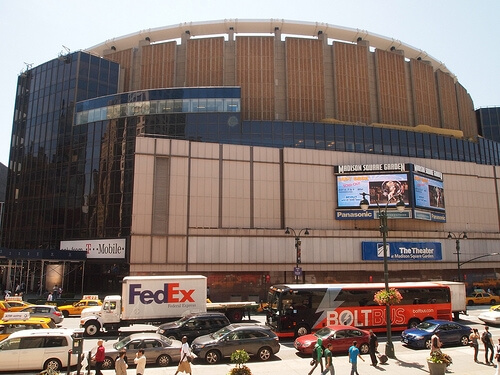 The world seems to revolve around college football these days, but I cannot wait until Midnight Madness, which is quickly approaching.  With the college basketball season so close, let’s look at the league that the national champion came out of and seems to be imploding over the past month, the Big East.

The favorite in the Big East this year will the team that recently decided that it did not want to remain in the league.  The Syracuse Orangemen return a ton of experience, especially in the backcourt with senior guard Scoop Jardine (still one of best names in college basketball) (12.5 ppg, 5.9 apg) and junior guard Brandon Triche (11.1 ppg, 2.9 apg).  The Orangemen lost the powerful forward Rick Jackson (13.1 ppg, 10.3 rpg) to graduation but their best player is in the post, senior forward Kris Joseph (14.3 ppg, 5.2 rpg).

Syracuse’s perennial rival, Georgetown, made headlines this off-season for a much different reason.  The image of the Bayi Rockets and the Hoyas .  The Hoyas will need that aggressive mentality and then some this season as they are supposed to essentially sink into obscurity this year after losing stars Austin Freeman and Chris Wright.  The Hoyas, however, have a chance to surprise this year if junior guard Hollis Thompson (8.6 ppg, 4.4 rpg) can play how he did in Georgetown’s loss to VCU in the NCAA Tournament.  Georgetown also still has one its Three Musketeers from last year, Jason Clark (12.0 ppg, 4.1 rpg), and three ESPNU Top 100 recruits, Otto Porter, Jabril Trawick, and Mikael Hopkins.

Another one of last year’s top contenders, Notre Dame, will also have difficulty to retain its status at the top of the league.  Big East Player of the Year Ben Hansborough is gone along with forwards Carleton Scott and Tyrone Nash.  The Irish still have marksman forward Tim Abromaitis (15.4 ppg, 6.1 rpg) and junior guard Scott Martin (9.7 ppg, 4.8 rpg).

Even though Georgetown and Notre Dame will be down this year, typical suspects Louisville and Pittsburgh will once again be looking to take the Big East crown.  Louisville will have an explosive backcourt with the crafty trio of junior Peyton Siva (9.9 ppg, 5.2 apg), senior Kyle Kuric (10.8 ppg, 3.9 ppg), and senior Chris Smith (9.4 ppg, 4.6 rpg).  In addition, Rick Pitino has lured the 9th ranked recruiting class to Louisville that includes shooting guard Wayne Blackshear and power forward Chane Behanan.

While Louisville will have an impressive array of guards, Pittsburgh returns arguably the best player in the Big East, senior guard Ashton Gibbs (16.8 ppg).  Gibbs considered the NBA draft but decided against it.  Even with Gibbs, I am not totally sold on Pittsburgh as a Big East title contender.  The Panthers will sorely miss guard Brad Wanamaker (11.7 ppg, 5.2 rpg, 5.1 apg), Gilbert Brown (11.3 ppg, 4.4 rpg), and their beast down low Gary McGhee (6.9 ppg, 7.7 rpg, 1.3 bpg), whose presence meant more than his statistics.

Speaking of them, we cannot forget the national champs, in Storrs, Connecticut where they are probably still hungover from celebrations and from Kemba-mania.  Obviously the stud that was Kemba (23.5 ppg, 5.4 rpg, 4.5 apg) is now in the NBA and the loss cannot be understated.  People cannot forget how important young sophomore guard Jeremy Lamb (11.1 ppgm 4.5 rpg) was to UConn’s title run, and that the imposing Alex Oriakhi (9.6 ppg, 8.7 rpg) dominates the paint.

In the end, Syracuse is the favorite in the Big East this year, but it is the Big East anything can happen in arguably the best basketball conference in the country.  Savor it while it lasts.

Previous Post:Remix Blast From The Past
Next Post:Youth Political Activism Goes Virtual