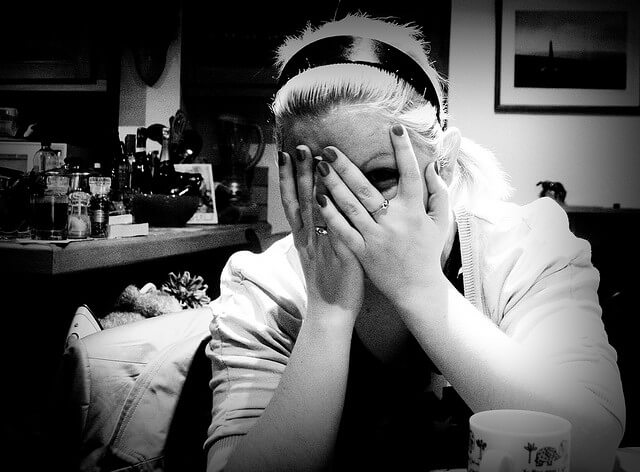 “A few years back I was spending New Years with my boyfriend like I did every year, except this year he was sick.  He went to the doctor and was given antibiotics.  Unfortunately, he had a bad reaction to the drugs and got hives all over his body.  He took Benedryl at about ten pm and immediately passed out.  Obviously I didn’t want to be the only one not kissing her boyfriend when the ball dropped so I attempted to wake him up, but he wouldn’t budge.  Finally I started shaking him cause it was almost midnight and he woke up so disoriented that he freaked out and ran into a different room.  Needless to say I did not get a midnight kiss that year.” -Gabby Graham, Sacred Heart University

“I was hanging out with my friend’s ex-fiancé at Dave and Buster’s and he asked me to go out on New Year’s with him.  I agreed and we went to a bar in a nearby city.  We were pounding down drinks and once midnight hit we kissed.  I didn’t feel the effect at all until about ten drinks later when we got into the cab.  The entire car was spinning.  We get back to my house and he was supposed to sleep on the pullout, but when I woke up he was in bed next to me.  We didn’t do anything, but he smelled pretty bad so it’s disgusting that I slept with him.”  -Emma Davis, Marymount College

“New Year’s Eve a few years ago I was out with my friends at a local bar back in my hometown and I was pretty bummed because my girlfriend and I had just broken up. Well around 11pm, my high school crush who I hadn’t seen since graduation walked in and we started talking. I came to find out that she had liked me in high school too and I was pretty pumped. So when midnight came around I leaned in to kiss her and to my surprise she kissed me too. It was by far the best New Year’s Eve ever.”  -Ricky Green, Syracuse University
FacebookTweet
Dating Life

Previous Post:New Year’s Resolutions: Are You Going To Drop The Ball?
Next Post:What can you do to get a guy to last longer in bed?