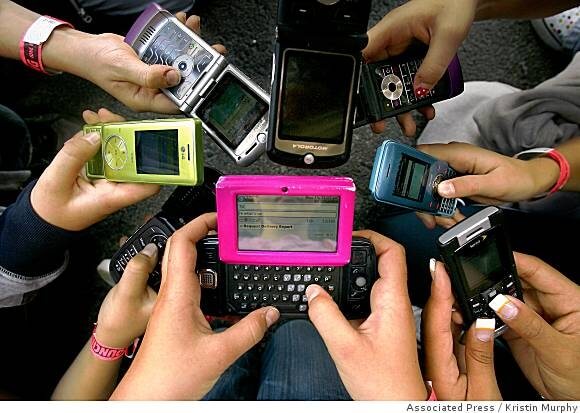 Be There or Be Square

College MagazineFeb 22, 2011
Home » Latest Posts » Be There or Be Square
FacebookTweet

Communication is no turn of the century phenomenon, folks. Since the beginning of time, humankind has gone from banging each other over the head to express their frustration to sending a “sternly-worded” e-mail to get the point across. One of the most important thing in any aspect of life is staying connected to people. Something as simple as picking up the phone or just showing up can change your life.
Let me tell you about my sorority sister. She’s adorable and as intelligent as can be but she’s not the most tech-savvy. One day I was talking to her and I told her I had tried calling her and leaving her a message but her voicemail box is full.  She replies with “Oh, yeah. I don’t know how to check that.” I was dumbfounded. “You mean since you’ve ever had a phone, you’ve NEVER checked your voicemail?” No, no she had not.
Flash forward a week or two, my sister has a new Droid, and she finally says to me “Oh, so today I checked all my voicemails. It was funny because some of them were from three years ago.” THREE YEARS AGO? Funny?! Her phone was a freaking message time capsule. She proceeds to tell me how one of the messages was from one of the internships she had applied to a couple years ago. They wanted to let her know how much they liked her and wanted her to be a part of their program. I listened thinking to myself, “Wow. Well, they were probably pissed when they had to try harder than necessary to get a hold of you.” But they didn’t even try. Why? Because this was the first time she had even heard that she had gotten the job. She tells me that she just assumed they didn’t want her and never contacted her.

Um. What?
I couldn’t comprehend. I literally teared up a little mourning the untimely demise of an amazing opportunity. Then I just had to laugh. As funny as it may be, though, there is an unfortunate truth behind this story. There are way too many cases where people have lost out on great opportunities that could potentially change their lives merely because they didn’t answer their phone or they neglected (or just didn’t know how) to check their phone. The same goes for showing up to things. You have no idea how much people miss because they get too lazy and blow off meetings or a certain class. “I don’t feel like it,” they say. Okay, don’t go to financial accounting. Then the next time, find out you missed out on the CEO from Goldman Sachs presenting and offering to meet and greet with the students registered for that class. I can hear the sorrowful chorus of violins playing now.
Do you think Esperanza Spalding beat the Biebs in the Grammys by not showing up to rehearsals because she wanted to sleep in? Or that these awesome new rising stars made it to the fast track of becoming household names by missing that phone call from their agent?
One day you’re going to start some amazing business, become famous and powerful, and when YOU’RE in charge I bet you’d be pretty pissed if someone didn’t show up for their interview or let your call go to voicemail.
I mean, who would’ve thought that such great things could come from simply picking up your phone?
Image Source: http://doubleclickdenise.com/headline/relationship-mapping-using-cell-phone-spyware/
FacebookTweet
Life

Previous Post:It’s a Quarterback League
Next Post:How To Turn A Class Project Into A Business