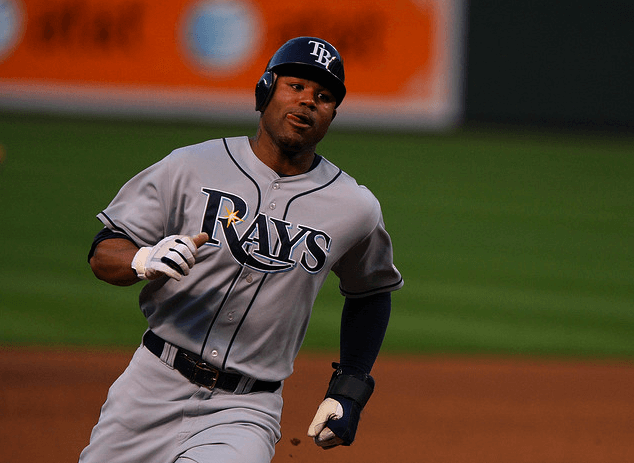 Baseball Markets at Opposite Ends

Imagine you’re a Tampa Bay Rays fan watching your favorite team make a post-season push: he New York Yankees and Boston Red Sox are breathing down your neck, not only for postseason birth but their eying up the young free agents that the Rays won’t be able to hold during free agency. They say money can’t buy happiness, but it can by success – at least in baseball.

The Rays ousted the Sox in the A.L. East last spring and secured a playoff spot qith the help of leftfielder Carl Crawford. He became a free agent after a gold glove winning all-star season; he also provided the team with a solid offensive presence despite his struggles this season. The Red Sox responded by signing him to a seven-year $142 million contract. Crawford’s contract is bigger then his old team’s entire 2011 payroll of $41,053,571 million. How are small market teams expected to stay competitive in the expensive free agency era?

There are teams who have beaten the odds and remained competitive without dropping Yankees-type cash. The Oakland Athletics are a prime example of this. Between drafting smart, singing undervalued veterans and trading future stars for draft picks the Athletics have remained competitive throughout the 2000’s. But not every team has the luxury of Billy Bean calling the shots – although the Red Sox attempted to snag him as well. The Despite loosing Crawford, the Rays are another team who have enjoyed success recently despite having the second lowest payroll in baseball. They are currently in second in the A.L. east and have made the post-season two of the past three seasons. With that being said, you can’t ignore the effects of the disparity between the bigger market teams and their younger siblings in the small market.

The Pittsburgh Pirates haven’t made it to the postseason since 1992, and they currently have the third lowest payroll in the majors at $45,047,000 million. Teams like the Kansas City Royals, San Diego Padres, Florida Marlins and the Pirates have a hard time fielding competitive teams and they often see their young talent get jump shit to the trumps of the league such as the Yankees, Red Sox, Phillies and Angels. The salary cap is used in all other major sports in America; it seems baseball would benefit from the same deal. It would make the game less predictable and teams wouldn’t remain at the top of league for so long. But there are two sides to any argument.

Teams who are dropping millions on players and signing coveted free agents are the same teams that are selling out games and pushing jersey sales. We as fans determine how much the market is worth buy how much we pay for tickets, jerseys and memorabilia. So while a salary cap would make the playing field more even we should consider the hundreds we’re dropping on our favorite players gear as a direct cause of why certain teams are able to spend the big bucks. Ultimately, baseball is a business and the teams spending so much money to secure top players are the teams that have earned it through ticket and other sales.

Previous Post:Did You Know Who Osama Was?
Next Post:Good Athletes, Great Politicians