Home » Latest Posts » Back to the 80s: My Life without a Cell Phone

Back to the 80s: My Life without a Cell Phone

I moved to France for my study abroad program on February 1st and have been phoneless since. It started out as a quasi-phonelessnes; I didn’t have a French number, but whenever I was graced by the presence of wifi I could use all my apps and rejoin society. However, shortly after arriving, my phone was stolen. Due to many bumps along the road, I have yet to replace it. 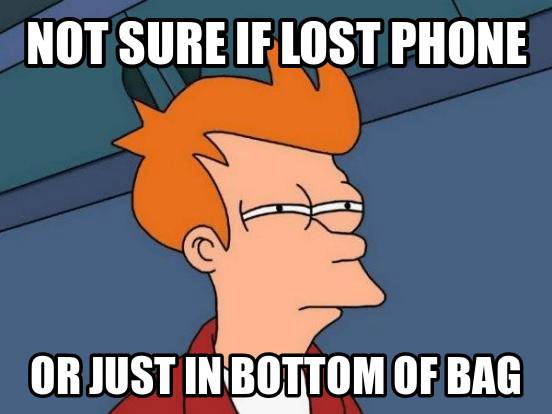 Being tossed back into an era when a carrier pigeon was your best bet as fast communication is unnerving and infuriating. There is a constant frustration at the lack of ability to do something that should be so easy, such as sending a text to confirm plans or calling your mom to tell her you’re alive and well. However, after more than a month of this phenomenon, I have come to appreciate the absence of my cell phone and really realize all the handicaps they cause us.

First, we have developed a serious fear of social commitments. Making a cemented plan more than a few hours in advance is really difficult for most people, including, I have learned, myself. Without a phone, however, you can’t rely on the last minute text asking to change the location of your meeting place or a quick call to see if your rendezvous can be pushed back 45 minutes. The world has become accustomed to moving rapidly, everything changing by the second, and people live and plan their lives in accordance with this fluidity. The constant state of flux is one of the reasons that being phoneless is a major test of patience.

Another reason for my ultimate exasperation is this: I never learned to get around. Since age 16 when I got my drivers license, I have faced the world only once armed and ready with a GPS in one form or another. This crutch came to bear even more weight when the iPhone map app entered my directionally challenged life. Having access to all of these apps and gadgets that make it virtually impossible to get lost has completely rid us, or at least me, of the ability to get around on our own. At first it took me an uncomfortably long time to read a map, but I have begun to feel confident figuring things out without my blue dot of Google maps to guide me. Since beginning to do so in a new city a month ago, I feel like I am getting to know my way around better than I do in places I have lived for years.

Finally, the most overwhelming observation I have made is that we are seriously addicted to our cell phones. I know we’ve all heard this before in articles and on specials about how we have no social skills because of cell phones, but after a month of being the person at the dinner table with nothing to do while everyone else sends snapchats, I’m beginning to think they are right. There is no concept of table manners or social cues when it comes to cell phones. If someone pulled out a newspaper and began to read while out to lunch with friends, it would not be accepted, but having a phone out is as bad if not worse, and is seen as commonplace.

Now, conversations and contemplation have been replaced with constant contact with the Internet and basically the entire world. Every moment is photographed and videotaped to the point that nothing seems significant. Texting someone who is somewhere else becomes more important than the person sitting next to you. Witnessing as an outsider all these things that I used to do when I had my iPhone, I have come to realize that there is very little that my peers and I are truly present for. There is no act of being that is not paired with the not as live or as real mobile world. I know this seems preachy, but it really is astounding how much time people spend with their eyes on the little LED screen, and it took mine being taken literally out of my hands by a stranger on the metro to notice that.

The truth is I can’t wait to get a new phone. The convenience and peace of mind that comes from little things like being able to call a friend if you are lost is really nice. However, I definitely have learned something from living in an 80s world for a month and it has been an illuminating experience. You truly don’t realize how much time you spend on the phone until you have nothing else to do but watch everyone else on his or hers. Challenge yourself to leave your phone at home for a day or two and you will see what I mean.

This Weekâ€™s Cheat Sheet March 3-8
Next Post: Should We Cohabitate in College?