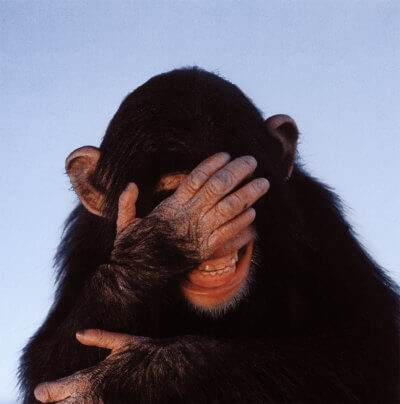 Awkward 101: Your Most Embarrassing College Moments

College: A time of seemingly justifiable substance abuse and a long list of mistakes that goes with it. Sometimes, those mistakes come to us the morning after in the form of call logs and text messages, discussed in last night’s glamorous Wet Seal sequin top over greasy McDonald’s, laughing hysterically at something that would have caused any non-college person a great amount of grief. Here are a few of our favorite college embarrassing moments, submitted anonymously, and for good reason!

1. “One time I was interviewing for a job at WVU, and I was in front of a seriously intimidating panel of judges. They were asking me intense questions about why I was qualified for the position, etc. I answered confidently and left feeling great. It wasn't until I got in the car that I realized my pants were unzipped the whole time.”

2. “I was showering in the floor bathroom when I realized I forgot my towels and my robe. I really didn’t want to put my dirty clothes back on, and it was late at night, so I decided to take a chance at running back to my room naked. Yeah, bad idea. The resident director was doing hall monitoring.”

3. “I was playing video games on my first floor dorm room, got really mad and threw a literal fit – punching stuff, throwing stuff, you name it. Then I realized I had an audience outside the window.”

4. “My friends wanted to get me really drunk, so they tricked me into taking 20 Grey Goose Jell-o shots. Worst came to worst and I blacked out, ended up throwing up on myself and leaving the bar shirtless.”

5. “I tried putting my Spanish skills to use on what I thought was a Spanish-speaking exchange student. Turns out he didn’t speak Spanish at all.”

6. “I got caught stealing Beauty and the Beast off the Internet and had to pay $50 to the Dean of Student Affairs.”

7. “I had just started an internship with a girl I didn’t know very well. We had just eaten lunch, and she was driving us. I had the worst gas in the world, and I knew I wouldn’t be able to hold it long. As she approached a yellow light I thought, “Please don’t stop, please don’t stop, PLEASE DON’T STOP!” She stopped. Right at that moment she noticed the look on my face, thinking it was because she stopped for a red light… until I let out the most uncontrollable, smelliest fart in the world. We got comfortable pretty quick after that.”

8. “My teammates and I were celebrating the end of cross country season, and we all ended up getting really drunk. My friend and I blacked out, and when we woke up we were in some strange dorm room. On the walk back, my friend kept complaining about the puke on her dress, and about halfway home I realized that I was the one that threw up on her.”

9. “My childhood best friend is Asian, and now we go to different schools. One night, I was out at the bar, really drunk, and I thought I saw her. Turns out it was some foreign exchange student who didn't speak English and my friends let me follow her around the bar all night yelling 'JENNIFER WHY ARE YOU HERE?!'"

10. “I had been seeing this cute guy for about a week but everytime we would try to have sex we would get interrupted either by my roommate or his roommate. So when we went out to a bar that Friday, we decided to hook up in a bar bathroom. We went to the girl’s room, got into the biggest stall, and THOUGHT we latched the door behind us. When we were finished, we turned around and saw like 10 people watching us. The bar’s bouncer included. Safe to say we party elsewhere now.”

Previous Post:10 Things University of Notre Dame Students Do Best
Next Post:Swearing He Was Infinite: CM Interviews Perks of Being a Wallflowerâ€™s Logan Lerman