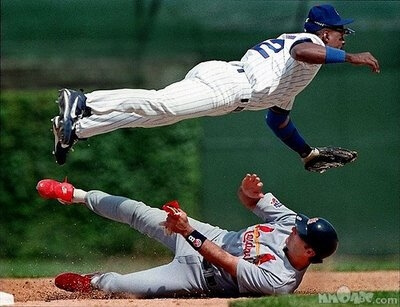 Athletes take to social media to react to election results

With last week’s election being such a nailbiter, just about every person, from both sides of the aisle let the world know how they feel via Facebook and Twitter. People in the spotlight were not  an exception.

Whether it was to express disappointment in the people of America for not electing Mitt Romney as president or to extend their congratulations on the newly elected two-term, 44th President of the United States, athletes joined leagues of A-listers on Twitter to express their thoughts, in 140 characters or less.

Meanwhile, more athletes produced tweets that were focused on other branches of the government. Scott Fujita, linebacker for the Cleveland Browns, took time to remind the twitterverse that this election was about much more than just the presidential candidates. He expressed his concern for the House of Representatives – which is still majority republican – and the Senate –which is largely democrat – to get along in making important national decisions.

As a reflection of just how evenly divided the votes were, there was a large amount of obvious unhappiness by some professional athletes. One of those athletes was Texas Rangers pitcher, Mike Kirkman. There was no hidden message in this tweet by Kirkman. He made it clear that he did not think four more years with President Obama in office was the right decision.

With so few professional women athletes in the spotlight, election tweets by the small numbers of professional lady athletes were scarce. Olympic gold-medalist, Sanya Richards-Ross took to Twitter in what seems to be a peaceful, non-partisan effort to promote the “united” in the United States.

Previous Post:Dressing Like A Winner
Next Post:The Good For Any Mood Playlist