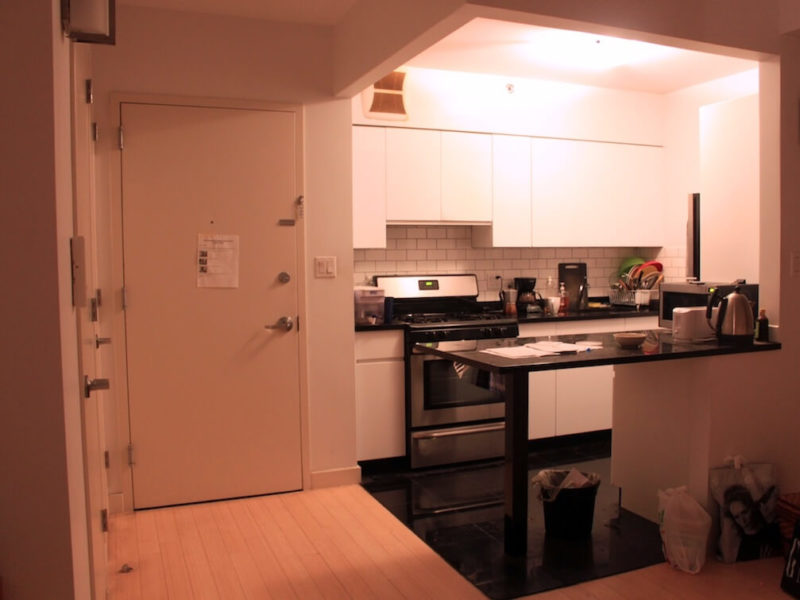 After one or two years of dorm life, most students are ready to move on. While getting written up for alcohol drinking and weed smoking might count for kicks freshman year, being watched over day and night generally loses its appeal by the time you’re a junior.

Off-campus living, however, differs from school to school. At some schools, it’s very similar to living on campus, minus the RAs. It’s affordable, it’s close to campus and students have lived there since the dawn of time. At other schools—generally in larger cities—the school provides little guidance, and every broker in town is looking to screw you over. Check out the following ways to get off-campus housing at your type of school.

At small colleges in the heart of the wild, wild wilderness, off-campus might basically be on-campus. Caroline Sheridan, a senior at Bates College in Lewiston, Maine, says that she will be living off campus next year for the first time. However, finding her place wasn’t difficult, because “the same dozen or so houses are rented every year by seniors who want to live off campus.” Sheridan says about a fifth of the senior class lives off-campus and it is a “very easy” process. “You go to these same houses all the time for parties, and around the beginning of junior year you contact someone who lives in your preferred house and ask for the landlord’s contact information,” she says. “Basically it’s first come, first serve.”

So, if you’re at a smaller school in a rural area, asking around campus and simply going out on the weekends will yield your bachelor(ette) pad of splendor. Sheridan says that these landlords “know what they’re dealing with, i.e. college students.” Hence, getting a recommendation from an upperclassman (and apartment hunting whilst partying) is the way to go. According to Sheridan, the worst part of apartment hunting at Bates is deciding with whom to live “without hurting feelings.”

While not every environment is as accommodating as Bates College, other universities have their ways of helping students. Molly Otto, a senior at the University of Pennsylvania, says that her school has a housing fair every year that distributes information on how to find an apartment. Otto says that “for the most part, you’re on your own,” but there are multiple known paths available for students. “There’s a lot of housing in the area,” she says, “and a few real estate companies and landlords that focus on Penn and Drexel students.” She and her roommates went to one place called “Campus Apartment,” looked at a few places, and ended up choosing one. Sometimes, however, students move into apartments passed down by older kids.

These types of institutions are generally mixes, with different possible apartment hunting routes. You’re going to need guarantor information and to pay close attention to all the places you visit, but generally the process is pretty harmless.

Hire a broker if you can afford it. They usually want 15% of a year’s worth of rent on the apartment for which you sign a lease. This is bound to be a good chunk of change, but it can save you a lot of hassle and strife. Dana Kitchens, a senior at NYU, said that she had an easy time finding an apartment in NYC, which has a notoriously vicious real estate market. She was abroad in Spain, so her father toured the West Village with a broker, and “just picked the cleanest of three apartments.” Kitchens loves her apartment.

If hiring a broker is not an option, however, you will be cast into the wild world of Craigslist and open houses. Finding an apartment on Cragislist will not always free you from a broker fee—it will generally just be lower or negotiable. Carrie Lapolla, a senior at Pratt Institute, found her Clinton Hill, Brooklyn apartment and didn’t have to pay a broker fee. Not being able to get a professional opinion on the management company, she found out after she signed her lease that they are not very responsive to problems in the building. Thus are the risks of Craigslist.