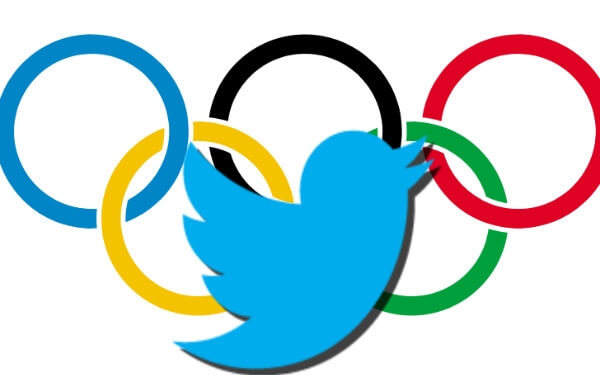 An Olympic Farewell: How the media screwed up

At the dawn of time (and before the advent of Twitter), the Olympic Games were sacred. From the ancient Greeks to modern Americans, spectators watched the competitions on the edge of their seats, rooting for the fastest chariot to take the lead or for Michael Phelps to glide to the pool wall. But this year, it seems, the magic was gone long before last night’s closing ceremony.

In our ever-connected universe, would-be viewers learned match and competition results well before NBC aired them through live Tweets, cable talk shows and smart phone breaking news alerts. The element of surprise has given way to the 24-hour news cycle — and it seems nobody’s thrilled about it.

We rounded up the best reactions to the media’s over saturated #Olympic coverage.

British journalist Guy Adams infamously tweeted the email address of the NBC executive in charge of the Olympics and encouraged followers to complain about the delayed airing. Twitter promptly suspended his account. A media backlash brewed just as fast, influencing the site to restore Adams’ account. The original tweet is pretty lame for a vigilante invasion of privacy: “The man responsible for NBC pretending the Olympics haven’t happened is Gary Zenkel. Tell him what u think,” Adams tweeted and proceeded to give Zenkel’s actual email address. But we’ve still got to hand it to Adams as a man of the people.

Elsewhere in the Twittersphere, Illinois web designer Steven Marx crafted a tweet criticizing NBC’s streaming app–an attempt to appease anxious fans with live feeds from the network’s cameras. The trouble is, you need a subscription. Marx ended his tirade with #NBCFail. Within days, the hashtag was trending, included in tens of thousands of Tweets. Simple snark. We dig it.

Jon Stewart ridiculed cable television’s “spoiler alert” attempts to shield viewers from unwelcome results. On “The Daily Show” last week, he aired a clip of a “CNN Newsroom” anchor telling viewers to mute their televisions before revealing medal winners. Stewart quipped, “People watch CNN not on mute?” Props to Stewart for taking the mainstream media to task (as always).

Comedy troupe the Upright Citizens Brigade saw the glass half full with their video “NBC’s Sad Olympics,” focusing on what the network actually does show oodles of: really, really depressing human interest stories set to a mournful piano. The best sob story comes from the fictional athlete Sally Hempers: “My foster parents made me do meth with them and during the worst parts of my addiction I cut off my own arm just to feel some pain. Gymnastics saved my life. Also I have cancer. Several different kinds of cancer, which led to some complications. Basically there’s a large sack of poison inside of my body.” Insensitive? Yes. Still gets the gold for hilarious.

On a more somber note, British choreographer Akram Khan expressed his disappointment with NBC for editing out his dance tribute to the victims of London’s 2005 terrorist attack. The replacement? A Ryan Seacrest-Michael Phelps tete-a-tete. Frost/Nixon it was not. “I was really shocked and horrified and would like to know on what grounds the American media can make that decision,” Khan scolded during a press conference. We’re always down for the Kardashians’ caretaker to interview the Human Dolphin, but there’s a time and a place, i.e. not during the opening ceremonies.

Previous Post:Everything But Sex Excuses To Get On The Pill
Next Post:Salzburg Academy 2012: Open Your Mind And Let The World In