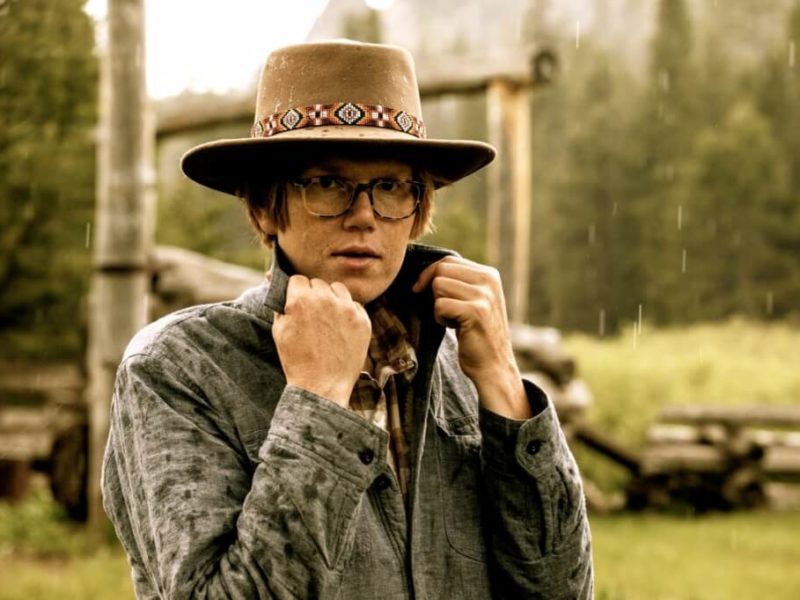 The first time I saw him he was awkwardly occupying center stage in a small, quiet venue called Mountain Stage in Charleston, W.Va. My friend and had I purchased tickets for the headliner. I couldn't imagine the opener capturing my eyes and ears, much less my heart, until the lanky, barefoot and boyish thirty-something redhead standing quietly on stage opened his mouth. With him in it, the room instantly became electric.

The second time I saw him was at the same small venue in Appalachia. This time, he was the main attraction. The show was being filmed live for a segment of Mountain Stage on NPR Radio. He was sick. Still, he crackled out soulful lyrics between tissue breaks and chugs of Robitussin.

Brett Dennen performing live (with the flu) for NPR’s Mountain Stage segment in 2011.

It’s undeniable. Once Brett Dennen takes the stage, you feel connected. You’re dying to know more about the 6’5” soft-spoken gentle giant on stage. “I’m not up there just putting on a show,” he said. “I have to make it true to the night, true to the day, true to the audience, true to myself and how I’m feeling in that moment. I try to make it as personal as possible with every audience. I may play a lot of the same songs or even all of the same songs that I played the night before, but I’m not just up there going through the motions.”

That’s exactly what Dennen’s songs do: involve you. They’re upbeat and contagious, heartfelt and full of soul. “Very simply, I hope [my music] puts people in a good mood,” Dennen said. “I hope that it makes people feel like everything is all right or there’s a meaning behind whatever they’re going through. I don’t expect to be like, ‘The sun is always shining.’ I don’t expect to be that inspirational – because I am not that person anyways. Even when I write a happy song, there are usually traces of sadness here and there.” His newest album Smoke and Mirrors (which quickly climbed the charts after its release last month) serves as a testament to that, mixing buoyant melodies with emotional lyrics.

Though I may not be lucky enough to hear Dennen on the radio in my small town, his unmistakable voice never ceases to show up in the most unexpected of places: in crucial moments of Grey's Anatomy, on the soundtrack of Horrible Bosses and frequently playing over the intercom in the most unexpected public places. Chili’s, Big Lots, Macy’s … you name it. I couldn’t help but wonder if the same thing happens to him. “Pretty much every time I go into the grocery store or Home Depot or something like that, I hear myself. It’s usually really quiet, and I can’t really tell what it is. And I’m usually really annoyed right off the bat because I’m like ‘What’s that sound? What is that annoying sound?’ and then I’m like, ‘Oh my gosh, it’s my voice,’” he said, laughing. “It’s awkward, and I can’t help but look around to see if people are into it or if they aren’t. If I look around and people are bobbing their heads, then I’m like, ‘Okay, cool.’ But if I look around and people are looking disgusted, oh my god…”

Dennen tells me he has three separate lives: one on the road, one in Los Angeles and one in the Sierra Nevada Mountains of California (where he filmed the video for "Wild Child", below). He, his girlfriend Kristina and their two pups often escape to the mountains to reconnect with nature. “We spend most of our time hiking, making food and fishing or skiing, going on runs in the mountains, picking up pine needles,” he said.

Though he’s on the verge of making it huge in the music scene, he comes from a humble beginning. He had three jobs growing up. In the fall and spring, he’d work for an outdoor school called The Mosaic Project. His summers were spent at Camp Jack Hazard leading backpacking trips. Any off-time was dedicated to helping his dad with his carpentry business.

In college, his focus was community studies and social change. “It’s a little bit like sociology but it has more of a volunteer community work component to it,” he said. “Basically, it’s training people to go out and work at nonprofits and community organizations.”

After hearing about all Brett has done, his wise advice concerning education came as no surprise. "Just stay focused and just take advantage—even if what you study has nothing to do with what you really want to do. Take advantage of your professors. Take advantage of the library and all the resources. Meet people. You’re going to meet some amazing people that may be friends for the rest of your life. Don’t freak out, it’s not the end of the world. It’s okay if you fail, it’s okay if you change your major a million times, it’s okay if you get out of college and you decide you don’t even want to follow what you studied, but become a musician. It’s not a waste. Don’t give into the pressure. Just use it for all it is because it’s a privilege. Not everybody gets to have it.”

Dennen is making tour stops all around the country now. If you’re looking to fall in love, check out tour dates and ticket information here: http://brettdennen.net/tour/

Previous Post:5 Things You Still Have Time For This Semester
Next Post:Typhoon Haiyan Reminds Us to Say Thank You