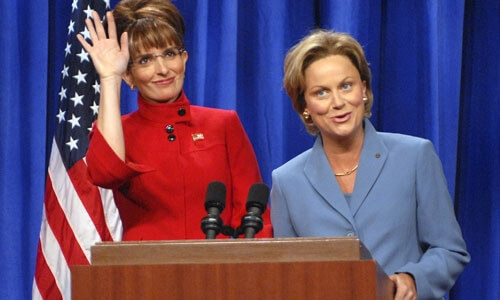 Abigail ColbyJun 22, 2012
Home » Latest Posts » America’s Obsession with Obsessing
FacebookTweet
Between Anderson Cooper’s The Ridiculist, TMZ receiving its own syndicated programming and major news networks showing more Lindsay Lohan news than current legislation, it’s safe to say the average college student isn’t doing their perspective any favors by turning to the media for political or intellectual guidance.
“It’s almost impossible to go a day without crossing paths with a tabloid gossiping about the latest celebrity issues,” said Annie Lucas, a junior at Penn State.
This refocused media, shifting itself to shallow “easily obtainable” news reports rather than in-depth coverage of national issues, has caused the average young person to become more likely to know the newest NFL draft picks than the members of the United States Senate. While constant reporting on the personal lives and appearances of celebrities is nothing new to modern media, this form of reporting–zeroing in and nitpicking their every move–is one that is infiltrating other forms of news at horrifying rates.

The 2008 Presidential election was the first time these two forms of media–intellectual and social–met in the middle, or rather, crashed head first into each other. Suddenly the reports from many accredited news organizations turned from producing pieces about what was being said and more on what was being worn. With the introduction of women contenders came the scrutiny of their clothes and overall appearance, leaving Sarah Palin and Hillary Clinton often overshadowed by their gender. The media fueled the fire when it came to set gender norms, rather than ignoring them, incessantly reporting on specific catalyst events, like when debate spectators held signs and chanted the phrase “Iron my shirt” as Clinton spoke.
Interestingly enough, news ratings never took a hit due to the content change. Networks had caught on to the fact that many people were better at discussing hot celebrity topics than hot political topics. And at the end of the day, networks like Fox and CNN are out for two things; increased viewers and overall ratings, regardless of who gets brought down along the way. Perhaps the current CEO of Disney, Michael Eisner, described the new media mentality best when he was quoted as saying;
“We have no obligation to make art. We have no obligation to make history. We have an obligation to make a statement. We are here to make money.”
And if the demoted standards of what the public should find important wasn’t bad enough, the recent focus placed on the appearance of political and public figures, predominantly on those that are women, has had even more severe implications.
A documentary entitled Miss Representation presented an alarming trend: while many girls possess the necessary academic and leadership talent to excel in the business and government world,  even more are exposed to the harsh criticism women endure in the public eye and are intimidated out of pursuing higher positions and degrees, limiting themselves to avoid the blinding spotlight of the press.
The changes in what has become newsworthy hasn‘t gone unnoticed by issue conscious young people ether, “The media is that powerful. Think about how much more informed the American public could be if the media focused more on bringing awareness of intellectual and social issues during prime time shows, instead of as side stories on off hours.” said Mackenzie Burnett, a sophomore at University of Maryland.
Until America backs away from the obsession with obsessing and rejoins the actual news world, its likely many potential leaders will fall through the cracks due to the pressure the media unfairly places on whomever it pleases, changing viewers and their perspectives.
FacebookTweet
Life