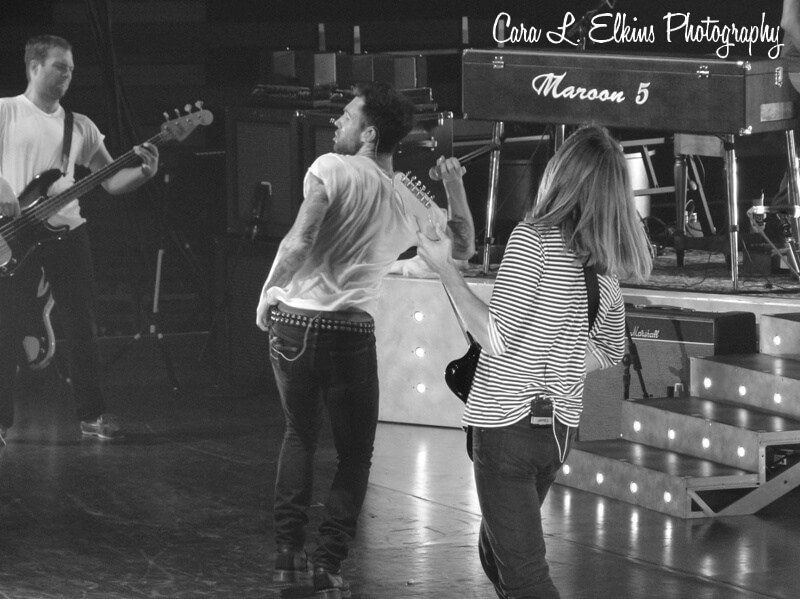 When American students think of summer, they think of class-free schedules filled with tanning at the beach, partying with friends and going to the best summer concerts.  With some of the States’ biggest stars going on tour this season, Europeans are purchasing tickets to see America’s biggest musical acts as well, and these stars are putting on just as big of a show abroad as they do they do at home.

Britney Spears did it again, creating another hit album to fill concert halls with fans dying to hear her latest chart toppers, such as “Hold It Against Me” and “Till The World Ends.” The Princess of Pop kicked off her “Femme Fatale” tour with Nicki Minaj on June 16 in Sacramento, Calif., and will tour North America throughout July and August.  Her European tour begins Sept. 22 in St. Petersburg, Russia and will sell out stadiums in cities such as Budapest, Paris, Stockholm and London until her tour wraps in Lisbon, Portugal on Nov. 9.

The Voice’s rock ‘n roll judge, Adam Levine, will be working fans with his solid range (and hopefully abs!) onstage this summer as he tours with his Grammy award-winning band, Maroon 5. Kicking off their American tour on June 30 in Highland Park, Il, the band will rock Europe in November and December, starting off in Moscow, Russia,finishing in Vienna, Austria, and making pit stops in Denmark, Germany and Italy. Maybe ticket holders will get a cameo appearance from Levine’s co-judge, Christina Aguilera, to hear their new song, “Moves Like Jagger.”

Where would Glee (another international sensation that toured the United Kingdom in late June) have gotten the inspiration for one of its most popular songs without the teenage dreamer herself, Katy Perry? Never sticking to the status quo, Perry started her California Dreams tour, featuring the year’s biggest hits such as “Firework,” “E.T.,” and the recent “Last Friday Night (T.G.I.F),” in Europe in Lisbon, Portugal on Feb.20 and is touring the U.S. throughout the summer.  Perry will be back to Europe on Oct.12 in Sheffield, U.K., ending her European tour on November 8 in Dublin, Ireland and then she’s once again back to the states, wrapping up for her friends and fans in L.A.  On her website, Perry has been tracking her tour dates with a tour diary for fans.

American musicians and bands have always taken their acts overseas, globalizing not only their own music, but American entertainment as well. With many of these artists at the center of international music success, they can’t neglect their European fans.  Last summer, chart toppers such as John Mayer and Rihanna completed world tours and summer 2011 is no different … new concerts, new music, same international good time.

Previous Post:Catching up with The Book of Mormon Cast
Next Post:Deathly Heat Wave Sweeps Nation