All The Things I Wish She Wouldn’t Do

Josh Axelrod February 20, 2013 (Updated: October 24, 2014)
Yesterday, CM’s Ally Norton told you all the things she wishes he wouldn’t do. Consider this payback:
It’s no secret that the male species has its shortcomings. Okay, we have a lot of shortcomings. So why do girls put up with all our flaws? Because they know deep down that – no matter how much they complain about our tendencies to be overprotective or go days without showering – they are just as messed up as guys are.
Everyone has his or her endearing quirks. But some are more universal than others and have evolved over time from quirks to annoyances. So ladies: we know you’re always right (you’ve trained us well), but let’s pretend for a second we’re allowed to tell you what we really think. Here are a few small things girls do that men really, really wish they didn’t:

Being overly passive aggressive. Guys see depressing Facebook statuses like “I just don’t know anymore” or “Oh well, whatever” and care for about five seconds. We don’t have time to play games. We would rather be playing Madden. 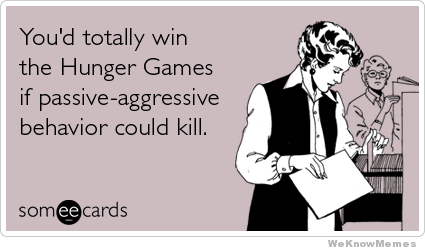 Wearing too much makeup. This also applies to spray tanning and ridiculous accessories like giant purses or weird piercings. Chances are you’re the most beautiful in your natural state. A little eye shadow won’t hurt, but there’s no need to overdo it.
Ruining the moment. We were having such a lovely evening. Why would you spoil it by bringing up something that happened a week ago and suddenly getting upset about it? Chicks man, chicks.
Cell phone attachment…or lack thereof. My eyes are up here, not down on your cell phone screen. If I’m with you, I would like you to be mentally present too. Conversely, I don’t need you to text me back right away. But let’s create a rule that making your boyfriend wait over an hour for a response is rude. Cool? Cool.
Not accepting compliments. I don’t care if you think you look like a cross between Sarah Jessica Parker and a real horse. If we say you look beautiful, just accept it. Don’t make us feel bad for being nice or we’ll stop trying.

Mistaking Kindness for Creepiness. We hate to break it to you sweetheart, but not every guy you meet wants to be your husband or get in your pants. Most probably are, but don’t assume. If a guy offers to do something nice for you, there’s no reason to overthink it.
Talking at me. Guys, in these cases, she usually isn’t looking for a response. She just wants you to agree with her, whether she’s right or wrong. These conversations will usually end with some form of, “sorry for ranting.” Lies!
Living in the past. Look, I’m sure the guy who hurt you at some point was a real douche. Like, a Pete Campbell-level douche. But you have to eventually let that go. Opening up is scary, but how will you know if he’s worth it or not if you never give him a chance? Just saying.
Duck Facing/Sorority squatting. I would like to believe at this point most girls who do either of these things do them ironically. If not, they better either be in a sorority or have a beak and webbed feet. Otherwise, may God have mercy on your soul.
Not trying hard enough in bed.  As Akon said in “I Just Had Sex”: “ So this one’s dedicated to them girls that let us flop around on top of them.” Don’t complain about our attempts to figure out your body if you’re not willing to do any of the work. It’s hard to achieve true intimacy if both parties aren’t putting in the effort. Or just tell us what to do. Sometimes we really are just that clueless.