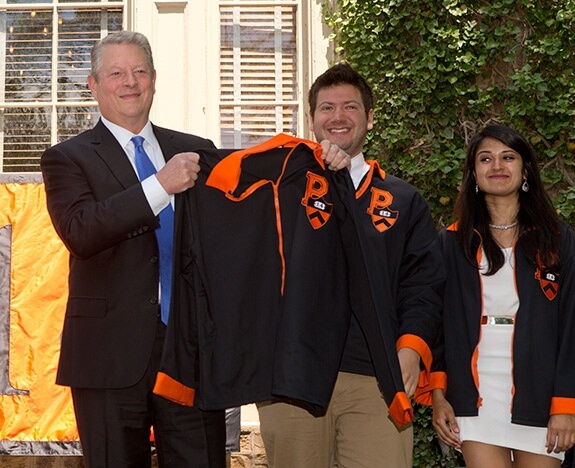 In his speech to Princeton’s graduating class, former U.S. Vice President Al Gore urged for action against global warming. Sure, he cracked some jokes— equating his loss in the presidential race to grade deflation—but he didn’t skip a beat on the issue that concerns him most.

According to Princeton.edu, Gore asks Princeton students to help change the conversation in order for society to realize that climate change is a serious problem. The Daily Princetonian’s senior writer Loully Saney covers Gore’s final message to the Princeton clas of 2014:

“…decades from now, graduating classes either will appreciate those who promoted renewable energy and new technologies that accomplished a low carbon world and who ultimately reversed the harmful reality that global warming would have brought, or graduating classes will be struggling with the horrific consequences of climate change and will ask why nothing was done to bring about change."

If you've been living under a rock and haven't seen this yet, check out Gore’s TED talk on Global Warming.