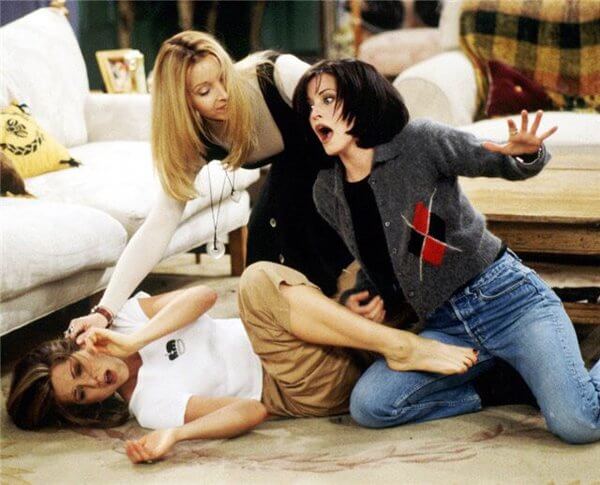 The Adventures of Lice Girl

Did you make a mental checklist of all the things you might deal with your freshman year of college? It probably included crises like locking yourself out of your room wrapped in a towel or living on vending machine pretzels because you ran out of meal swipes. I’m guessing bugs in your hair didn’t make the list. It certainly wasn’t on mine.

When my roommate walked into our room, shot me a devastated look and whimpered “I have lice,” I couldn’t stop laughing. You get lice at summer camp when you’re eight, not in November of your freshman year of college. Don’t write me off as totally heartless, though. I nobly offered to help get them out. I prided myself on how calm I became as I methodically ran the lice comb through her impossibly long hair. “No need to be upset,” I reassured her. “Not a big deal at all. We’ll get them all out in no time.” My roommate gave me a weird look. With a growing sense of dread, I realized I’d started to scratch my own head.

“There’s one. Oh, here’s another two. Yup you’ve got them alright. All over.” I couldn’t exactly blame my roommate for the slightly cheerful note in her voice as she informed me of my doom. If there’s one thing worse than having head lice, it’s having head lice alone. (Okay, I know there are worse things than having lice, but when you have bugs living in your hair it’s hard to stay objective.)

I stared at the squirming black speck between my thumb and forefinger, suddenly feeling more overwhelmed than I had that whole semester. I’d had lice once, at age five or six. I remember sitting on the edge of the bathtub feeling bored while my mom patiently took care of the situation. Now I stood in a communal dorm bathroom with my mom half a continent away. My cool take-charge attitude promptly crumbled.

The “how to delouse hair” Google searches did nothing to calm my panic. Fellow lice-sufferers warned of a multi-hour, multi-day process. It involved not only killing the lice themselves, but also getting out the hundreds of louse eggs latched to every strand of hair. I sat on the floor hiccuping through tears to my parents on the other end of the phone. Let’s just say it wasn’t exactly my high point of maturity.

To be fair, my anguish turned out to be quite warranted. After multiple hair checks, several bottles of de-lousing shampoo and all the hot water, my roommate and I were finally free of live lice. Yet tiny white specks still covered our hair. Louse eggs, we learned that day, cannot be washed out. Instead, you must pick them out by hand. Not only that, but we had to do it that night or the eggs would begin hatching. It sounded to me like some kind of cruel, Middle Age torture method.

So began a seven-hour process. We stood at the sinks in the big bathroom at the end of our hall, taking turns on each other’s hair. As soon as we thought we picked all the eggs out, we found more. We started at about 8 p.m. As the evening progressed, people came and went, gawking at us and asking what the hell we were doing. Those who’d had lice as kids sympathetically shared their own horror stories. The ones who hadn’t gone through the trauma avoided us like the plague. They shot me half-terrified looks from the sink at the far end like they thought I was going to flick lice at them or something.

I felt like I was in one of those not very interesting TV shows you put on in the background while doing something else. The ones you watch because the characters’ pathetic lives give you the guilty satisfaction of knowing your life’s going better than theirs.

My roommate and I fell into a cyclical pattern. First we cracked jokes and sang along to Twenty One Pilots’ “Stressed Out” on repeat. We belted, “Wish we could turn back time to the good old days / When our momma sang us to sleep but now we’re stressed out.” (Seriously, that song became our anthem.) After that played at least three times, we turned to venting and wailing about how we’d have lice for the rest of our lives. Eventually this gave way to resigned and miserable silence until we couldn’t take it anymore and off-key singing resumed. We finally called it quits around 4 a.m.

Needless to say, my German class the next morning was short one person.

If anyone tries to tell me there’s a bright side to having lice, they’re about to get quite a look. But I will say this: If you can survive seven hours with one person picking lice eggs out of each other’s hair, you’ve made a friend for life. And from that night on, I knew every person on my hall. And they all knew me. Perhaps “lice girl” isn’t the optimal label—but hey, I’ll take my fame how I can get it.

Previous Post:My Parents Voted for Trump… Now What?
Next Post:10 Things That Scare All Transfer Students