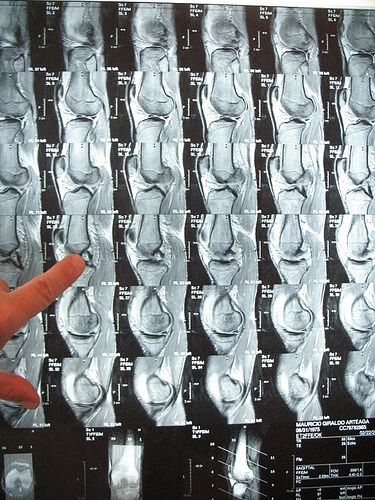 The ACL Tear Is A New Obstacle For Athletes

Injuries to athletes today are more likely than they were twenty years ago. Increased intensity and competitiveness puts athletes under exponential pressure. That leads them to run harder, turn faster and push themselves further than their predecessors, fatefully leading to more injuries. One ailment in particular plaguing all athletes at an astonishing rate are ACL tears.

The movie Friday Night Lights showcases the injury on the big screen through exceptional yet obnoxious running back, Boobie Miles. The star running back suffers an ACL tear after a hard hit that eventually sidelines his potential and previously guaranteed college career. Miles tries to ignore the injury but further injures himself by playing through it. An ACL tear is not an easy fix; you can’t just bandage it up and call it a day. Athletes must undergo serious surgery as well as arduous physical therapy to recuperate.

Tom Brady and Tiger Woods both suffered through the egregious knee injury. Alex Rodriguez recently underwent surgery to prevent an already small tear in his meniscus as well as a ligament in accordance with the ACL. He will be out for six weeks.

According to MomsTeam.com, the ACL tear is even more of a threat to female athletes  who are said to be eight times more prone to tear their ACL than males due to the Q-angle, the angle between the hips and the knees. A friend of mine, who plays soccer at the collegiate level, has torn both of her ACLs whilst playing the game. And she is not alone; according to RecruitZone.com, roughly 56,000 athletes a year tear their anterior cruciate ligament. What is most lethal about this injury is its variety of occurrences. It can afflict an athlete in both contact and non-contact sports. My brother just tore his a month ago playing pick-up basketball.

The silent-killer whose only indication is a pop in the knee, has taken down more athletes in recent years than ever before. With seemingly more grueling demands of sports today, the numbers of ACL injuries afflicting athletes will only swell from there.

Previous Post:Don’t Let Burnout Get the Best of You
Next Post:Five Things You NEED Next Semester