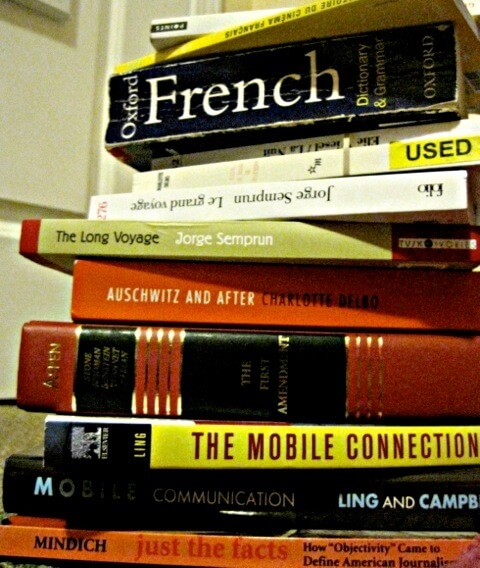 What will I do after college ends with a major that disinterests me? A major that’s too difficult? A major that won’t ensure me a job out of college?

At least some of us have suffered from that dreadful “OOPS” moment… that moment when you feel as if your future is suddenly imploding and you’re on a violent spiral into the depths of unemployment. This may be an exaggeration for some, but the realization that you have chosen the wrong major is for all of us a serious contributor to our collegiate woes. Whether it be from a few boring classes or one too many less-than-stellar exam grades, college students often find themselves stuck in a rut once they have declared a major that ends up not being quite what they were looking for. From fresh faced first year students to seniors on the verge of alumni status, there are ways to fix this major dilemma!

You guys have it easy.  As a freshman or sophomore, fulfilling requirements involves taking whatever courses capture your interest.  Whether it be a pathological psychology course, a statistics class, or a 19th century English literature seminar, you are given the opportunity during your first couple years in college to explore the many realms of academic study.  If you’ve chosen an ill-considered major, you have plenty of time to rectify your mistake, investigate other subject areas, and choose something that really interests you.

This is where it starts getting tricky. As a junior, you have already spent two years of college taking classes that apply to a specific field of study. It may be difficult to completely change the course of your college education and graduate on time. Instead of attempting to do this (unless paying for a fifth year of school is on your and your parents’ college bucket list), it is possible to modify your path! Look into the requirements for picking up a second major, or perhaps even a minor that requires less credits to complete. Then look at your timetable: can you compensate for lost time by taking several spring or summer term courses to complete this second concentration? Or is it even possible to satisfy the requirements solely during the academic calendar year?

Unfortunately for seniors, there isn’t very much you can do at this point in your college career if you have chosen a major that you aren’t interested in pursuing. The best advice I can give to those who are enduring this struggle is to push through the last six or seven months of school and make sure you apply for jobs early in the year. Companies begin interviewing and hiring in the fall, so it’s important to use all available resources (such as the Career Center at your university) to ensure that you head down the right post-graduation track.  Graduate school is also a very pertinent option for those who would like to continue their education and perhaps take on a subject that differs from their college concentration.

This applies to everyone: no matter what you're going through, it can't be any worse than what this poor guy has to deal with:

Are you freaking out because you're thinking of changing your major but are afraid to do so? Here are some tips on how to make the transition to your new major a little bit easier!