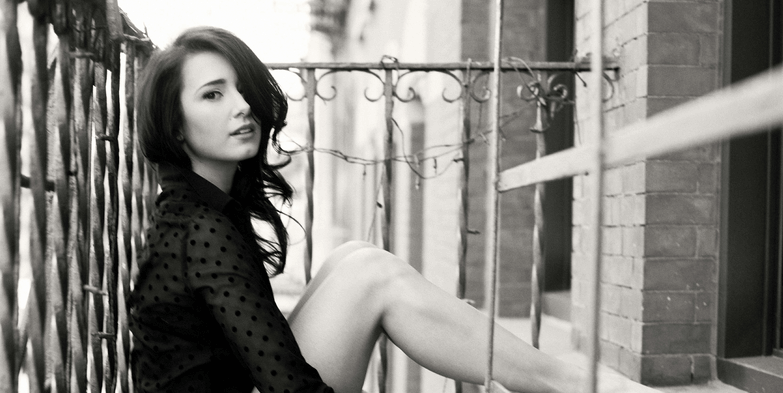 A College Student and Successful musician, Tamar Kaprelian is a Renaissance woman

Last semester, Tamar Kaprelian enrolled at Columbia University. Like most college students, she spent her days shuttling between classes. Like most New Yorkers, she grudgingly appreciated this year’s relatively kind winter and explored the city’s mouth-watering Italian restaurants. But Kaprelian, 25, also travelled from the Big Apple to California and back again to finish her soft pop EP, California. The album, released June 19, follows her 2010 disc Sinner or Saint. Kaprelian first caught the industry’s attention in 2008, when she won OneRepublic’s online cover contest and got the chance to record with lead singer Ryan Tedder. Today, she is an independent artist who counts “earthy” artists Carole King, Billy Joel and Tom Petty among her music idols. We caught up with Tamar about how she balances a course load with her rising stardom.

College Magazine: When did you first start singing and writing music?
Tamar Kaprelian: Supposedly I was singing before I was talking, according to my parents, but I think I really got into songwriting when I was 15. And at that time, I wasn’t even playing piano. I was singing into a cheap recorder and recording the melodies I would sing in my head. I took up the piano at 17 and then I kind of had a way of putting down my song ideas. I’ve been singing for a really, really long time, and it’s been passion.

CM: How would you describe your sound?
TK: I definitely consider myself to be old school in the sense that I focus very much on my lyrics. I’m very much influenced by the classics.
CM: Tell me about California. What inspired you? How are these songs different from your previous material?
TK: As an artist, I think every song you write comes from a different place than where you were the last time you released something. My last record came out almost two years ago now, and I’ve been through a lot emotionally. I wanted the material to sound a little more alive. I wanted to strip it back for this EP and keep it basic. Basic instruments: guitar, piano, bass and drums.
CM: How do you juggle it all with studying at Columbia?
TK: I love school so much, and I always did. I love learning, so to me it’s not really about juggling. I can’t say it’s easy because obviously going to Columbia, it’s rigorous. But at the same time, I’ve been OK doing both and I’m enjoying both very much.
CM: You’re studying political science and creative writing. How do those fields connect to your musical aspirations?
TK: To be honest, I’ve been leaning a little bit more toward creative writing than political science. I feel like with creative writing, the more that I read and the more that I write, the better my songwriting will become, and I think that’s why I’ve kind of decided to go that route because I just want to better my art. And everything that I learn along the way will kind of add to what I’m doing artistically.
CM: Besides hitting the books and making music, what do you do for fun at college?

Find schools
TK: To be honest, I didn’t have any time to do anything aside from school — I barely had time to do school. But you know, a passion of mine is food. I love going to a new place and trying food I’ve never tried before. I’m an avid runner, so going running in Central Park, that’s another thing I’d do on a regular basis to kind of de-stress.
CM: You first found fame when you won a contest hosted by OneRepublic for covering “Apologize.” What was it like working with Ryan Tedder?
TK: It was great. He’s one of those songwriters where you’re in the room with him and he can come up and create something within a matter of minutes, which not a lot of people can do. That’s such a gift and such a talent. I basically came to Colorado and wrote with him for two weeks.
CM: I don’t want to make you pick sides, but how do you compare California to New York?
TK: The one thing I miss may be the beach. You don’t get that anywhere else. But in New York, there’s so much culture. It’s such a cultural melting pot that I feel like your soul gets fed a little bit because there’s so much to draw from and learn from. And then obviously going to a school like Columbia, there are kids from all over the world you end up meeting, which I think is great about the college experience in general.
CM: If you could collaborate with any modern artist for a duet, who would it be?
TK: Why not Bruno Mars? I think he’s an amazing songwriter. He’s one of those people where not only does he write for himself, but he also writes for other people and he’s really smart. I’d love to get into a room with him.
CM: What advice do you have for college students who are also trying to pursue their dreams?
TK: Along the way, you end up running into a lot of roadblocks. If there’s something you’re really passionate about and you love doing and you believe in yourself, I truly believe you can make the most impossible thing happen — if you want it bad enough. When you start something, finish it.
FacebookTweet
Life

Previous Post:Why You Should Be Watching the Glee Project
Next Post:Alice Cooper, Fun., and Feist Talk Bonnaroo