Sometimes while I’m crying and reaching for some Ben & Jerry’s Phish Food during a particularly moving episode of Grey’s Anatomy, I stop between bites of ice cream and wonder: why? It seems to be that the emotional deluges that often result from television shows—mostly season finales—have to do in equal parts with the following: the manipulation of your feelings by the evil TV show people who are just dying for you to cry during their 45 minute production, and the fact that TV couples always seem to get it right, even when everything else is so very wrong. So why not take relationship advice from these people who seem to hold the secret to success? Let’s look at some of our favorite (read: most dysfunctional yet loveable) TV couples and try to take a few pointers from them.

Lesson: Age is but a number.

This seemingly mismatched couple just goes to show that even an cranky-ish old guy like Jay (Ed O’Neill) can bag a complete smokeshow like Sofia Vergara and a loving wife all in one package! Despite their age gap, they have a loving marriage that is based on personality and not on money or a bangin’ bod…or so it seems.

Ray and Shoshanna teach us that the best way to take the next step in a new relationship is to secretly live with your girlfriend/boyfriend in hopes that she/he won’t notice that you are a homeless person. This hit move (we’ll call it “the Ray”) should elicit declarations of love at the very least. 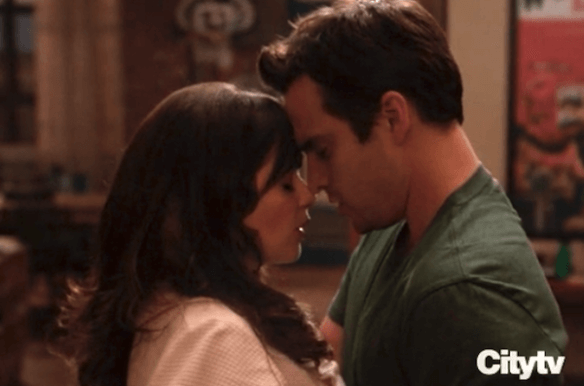 Lesson: You should live with your future significant other before dating them.

New Girl’s words of wisdom take those of Girls to an extreme. Nick and Jess tell the world with their amazing kiss from a few weeks back that it’s a good idea to make moves on your roommate. It will make things like paying rent, using the same bathroom and fighting about dirty dishes all the more interesting, especially if you break up!

Matthew and Mary are the couple on DA for whom everyone goes all shiny-eyed. Everyone hoped and prayed to the TV writer gods that they would end up together. We all cheered when they finally did, thrilled to see such a gorgeous and perfect-for-each-other couple happy. Let us reflect on the fact that they are cousins and that this is set in the 20 th century, not the middle ages. 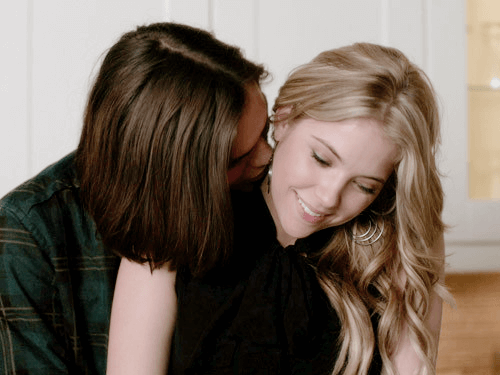 Lesson: The couple that gets their hair cut together stays together.

Hanna and Caleb’s eerily similar hairstyles seem to be the glue that bonds them together. Through a web of absurd lies, daddy issues, close encounters with death and lots of takeout and coffee, this shared haircut, although in different shades of blonde and brown, is the one link that cannot be broken. That has to be the case, or else Caleb would have cut his hair ages ago, right? RIGHT???

Lesson: No amount of near death experiences can ever tear true love apart.

Meredith and Derek have suffered through gunshot wounds, family problems, miscarriages, bomb threats, breakups, divorces, airplane crashes, high-anxiety adoptions, and then some, and yet they are still happy and adorable as ever. Hats off to them. True love is bulletproof, y’all.

Lesson: You do you.

Remember that episode where Sue married herself? She is a living example that all the single ladies who want to tie the knot absolutely have it in them. Literally. As in, they can just propose to themselves.

Previous Post:10 Guys We Wish Were Our Valentines
Next Post:I Love My School Becauseâ€¦