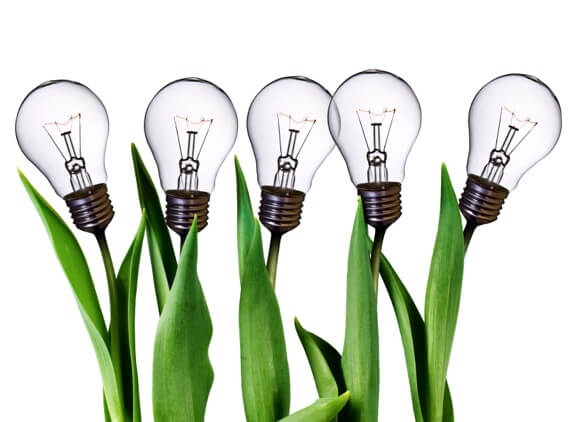 Alex McGuireJul 24, 2013
Home » Latest Posts » 7 Ways to Boost Creative Thinking
FacebookTweet
Michelangelo, Einstein, and Winston Churchill. What do these three historical figures have in common? They were freaking freaks of nature with minds that reached far beyond any of us peasants’ realm of thinking. Or, in more delicate terms, they were creative geniuses that took their environments and used them as fuel to change their surroundings forever and for better.
Now the whole “born with it” and “came at the right time” theories can definitely be argued for these guys because we’ve simply held them on a pedestal for most of history. Creativity is often viewed as instinctive, but it can be brought about from the very basic things in life, most importantly the balance of environmental influence on the thought process.
Here are some easy methods and exercises you can practive in order to get the creative brain juices pumping more freely, and you don’t have to have Einstein’s brain size to do them (although that wouldn’t be a bad start):

1. Have a Routine and Own It
This is common sense, right? But to most people trying to think of the next best thing, having a normal routine usually isn’t the first thing they think of. To be creative in any way, shape, or form, you have to prepare to be creative and this can only be done by establishing a mentally challenging routine that you can repeat every day until it becomes essential. Accomplishing seemingly vague tasks like shifting to a more isolated environment or developing skills that you lack can be the keys to finding that genuine inspiration you chase after all the time. I’ll quote an old Greek guy who did it better than anyone else: “We are what we repeatedly do. Excellence, then, is not an act, but a habit.” Aristotle digs what I’m preaching. 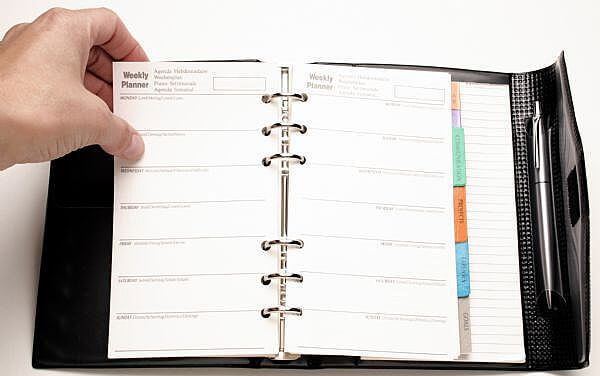 2. Keep Your Head Up
Even though there are many extremely depressed people who were the most inventive minds of their time (wackjob authors from Hunter S. Thompson to Nikolai Gogol are mostly found in this category), just thinking about positive emotions such as joy and serenity can boost creative thinking much more than negative feelings. A 2007 psychology research article from the Academy of Management Journal studied employees at an oil field services company and found that when supervisors provided a more supportive and trustworthy environment, the employees responded with more innovative thinking and a harder work ethic.
Had these oil guys been yelled at all the time, I’m sure their creative efforts would have been non-existent under all that stress. But any method to turn the frown upside down, whether it is hanging out with friends or just thinking of a funny memory, can put you in the right state of mind to start spinning creative gold.

3. Get Ensconced
That’s pretty much my condescending way of saying the most basic thing you can possibly do in order to get inspired: GET AWAY FROM YOUR XBOX OR BEER OR WHATEVER DISTRACTS THE LIVING SH*T OUT OF YOU AND FIND A GOOD PLACE TO WORK. And I don’t mean just a place to work. I mean a good place to work, somewhere that will summon creativity like nowhere else. “Not only do we need to be habitual about being creative but we also need a creative environment in which to work,” said Georgia Abbott, the director of the Alden B. Dow Center for Creativity and Enterprise at Northwood University, “This means for a student, that the environment, dorm room, apartment, or frat house, needs to have the right appeal or quality in order to ‘feel’ and ‘invoke’ creativity.” An area that gives off a motivational aura that best appeals to you is the perfect place to get lost in your own imagination, which leads to my next tip. 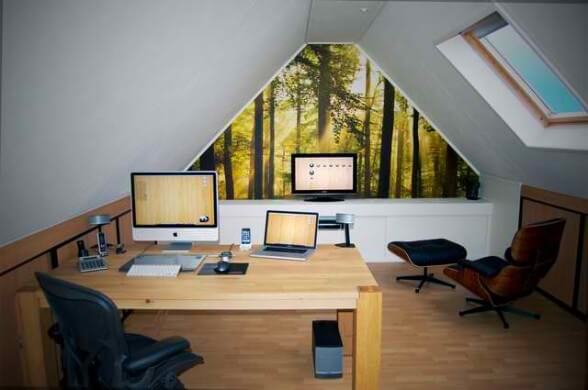 4. Daydream All Day
Not about random stuff, of course. No good is going to come from daydreaming about what kind of iPhone background defines you as a person when you should be thinking about an idea for your upcoming engineering project. If you already have an assignment that you’re struggling with and just can’t seem to do much with the little information that’s been provided for you, just run a bunch of laps around your mind and try to think about what relates to the topic you’re trying to tackle. Whether the relationship between your topic and idea is blatantly direct or vaguely abstract, these little connections we make can open up fresh and original directions for us to take. Think about these things for as long as you have to and jot down whatever relevant connections come to mind. This also leads to my next proposed method. 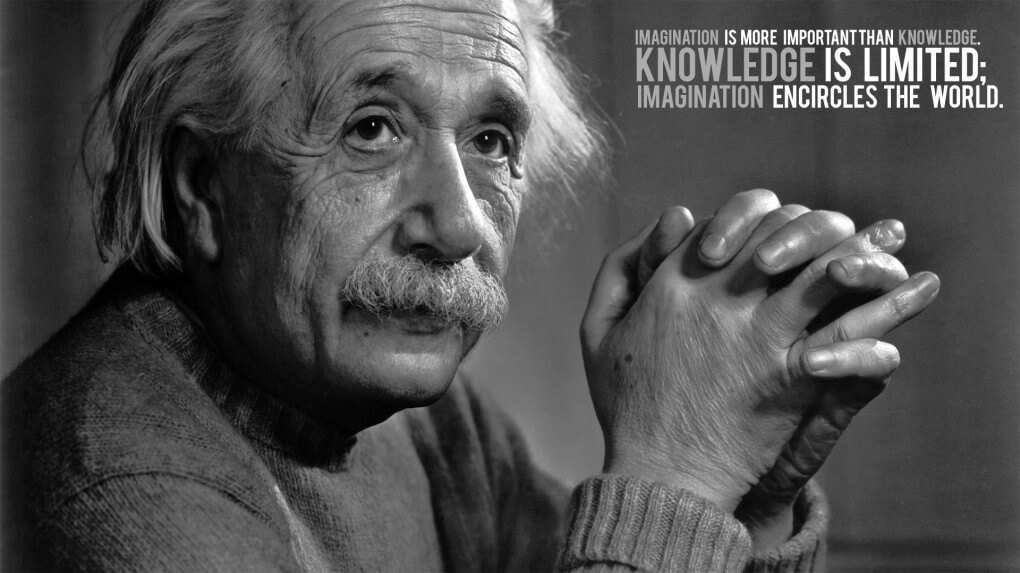 5. Use Pen and Paper
I know it’s a Stone Age habit for 2013, but writing things down the old fashioned way is one of the most effective ways to get the creative juices flowing. It’s the whole physical experience that makes it work. The scent of fresh loose-leaf paper, the smeared ink on the bottom of your hands, and the slower pace instead of typing on your laptop all allow you to retain and interpret information much more actively.
A 2012 New York Times article on the returning relevance of paper references productivity expert David Allen, who says paper is better because it’s “in your face.” The article’s author Phyllis Korkki also says, “We may use less of it than we once did, but reading and writing on paper serves a function that, for many workers, a screen can’t replicate.” Microsoft Word may be efficient, but sometimes speed must be set aside in order for ingenuity to arise. 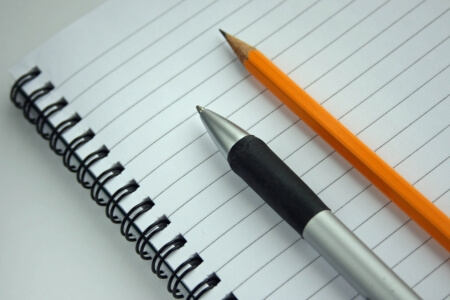 6. The Mozart Effect
All of us have seen tons of YouTube videos of funny babies dancing and bouncing to popular songs, so it’s safe to say that music has a very profound effect on how we function. Much research has focused on classical composers such as Mozart whose music can potentially increase creativity, attention span and other basic cognitive functions.
A well-known study in an issue of the scientific journal Nature found that college students who listened to Mozart’s Sonata for Two Pianos in D major scored significantly higher on various standardized tests than those who did them in silence. I’ve tried it myself while reading during finals week and I found myself reading and attaining the information much faster than without it. Of course it’s just a theory and doesn’t work for everyone, so give it a try next time you're reading or have a mental block on an assignment. All that boring 200-year-old noise can still serve a purpose.
7. Don’t Bail On It
This is what it all boils down to. The other six tips are completely useless if you really don’t put in the effort and (excuse the cliché) give it the old college try. Whether it’s writer’s block, an assigned project with no idea, or even an interesting subject to talk about with a stranger at your nearest watering hole, you simply have to keep trying because creativity is the spice of life. Sorry about all these clichés. I’ll just stop here.
thumnail image: http://michaelhyatt.com/leadership-question-4-how-do-you-encourage-creative-thinking.html
FacebookTweet
Life

Previous Post:10 Books Guys Are Reading This Summer
Next Post:To Friend or Not to Friend? Tips for a Professional Social Media Presence