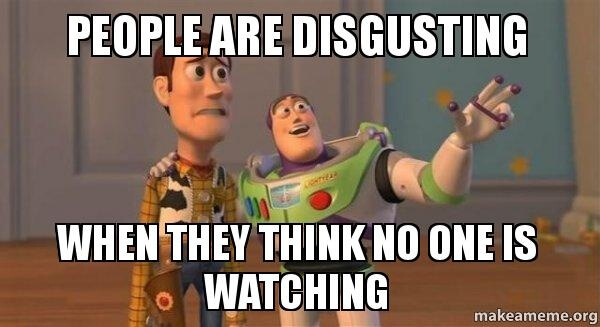 It’s Friday night and you’re ecstatic. Why? Your friend Dave is having a party at his off-campus house and it’s your first official college party. You’ve already tried a few during high school, but nothing too big. Now that you think you’re ready for the unexpected, here’s what you’ll see and the stereotypical people you’ll meet, for better or worse.

1. The Host You Kind-of Know

Tonight’s party host, Dave, is a big shot in your opinion. He moved out of the dorms to live off-campus with his brother because he found that the dorm RAs were “major buzz kills” who “couldn’t handle my awesomeness.” You two hadn’t talked since your junior-year high school gym class, but after he heard you were a freshman at his college, he gladly invited you to his party. Isn’t that what friends are for?

2. The Drunkest Person At The Party

Steve studied for the MCAT for three months and finally took it this morning. He’s done three keg stands before breaking out the special-occasion whiskey, which he eventually threw out the window. Don’t ever strive for Steve’s “drunkest guy at the party” title, but you’ll earn it sooner or later. The drunkest guy at the party normally has a reason for being so bombed and he creates a hurricane of destruction that everyone should avoid. His night will end with a broken phone, a stolen wallet or a fetal curl by a toilet.

With every drunkard comes the one who got him drunk in the first place. The typical drinking coach utters phrases like, “Let’s play a game called Houdini, now you see it—now you don’t,” or, “Quit nursing that beer and get another one.” While Larry is trying to make everyone have a good time, his antics will sometimes go a little overboard and he may make many people ridiculously drunk. Hang around this person sparingly, but feel free to see him a few times tonight.

4. The Girl Who Needs to Go Home

Kelly just broke up with her boyfriend and decided to go all out tonight. The only problem: she’s not over him and he just tweeted at one of her “besties.” After taking more tequila shots than Kobe Bryant, she’s gone from an all-out party animal to all-out Bellagio waterworks show. With makeup dripping from her face, she’s making the other partygoers concerned that she might call her ex and give him a piece of her mind. For a short-term remedy, try a cup of water and a few kind words; that’s all you can do at this point.

After assuring them that she was done with her ex, Kelly convinced her friends Katie, Annie, Lauren and Megan that they all needed to go out. Three hours and a tequila bottle later, her friends try to comfort her and sneak her phone out of her hand. So far, they are unsuccessful in both regards. If you ever end up in this position, you’ll be thinking one thing: get me out of here.

While you walk by the train wreck that you call Kelly, you accidentally bump into a freshman named Kevin. After you quickly apologize for the accident, you realize he’s wearing a t-shirt of your favorite football team. An hour later, you’ve found out you went to neighboring high schools, share many mutual friends and have the same major. A full-on bromance blooms. After Kevin invites you to his party the following week, you realize that he’s THE COOLEST guy you’ve met in college. This guy could become your new roommate, confidant and best friend for life.

As you say goodbye to Kev and leave, you see Kelly and her friends trying to cram as many bodies as possible into a cab. Not everyone fits, and Annie draws the short straw. Being a gentleman, you offer to split a cab with her on the way home. As you stand outside waiting, you realize that this girl is very attractive, and the more you talk to her, the more you see her smarts and humor. In the taxi, you laugh over everybody’s mishaps, and before she leaves the cab, she grabs your phone and enters her number. After thanking you for being so chivalrous, she gives you a quick kiss on the cheek and exits the taxi. You immediately realize you’ve found something special and can’t wait to see her again.