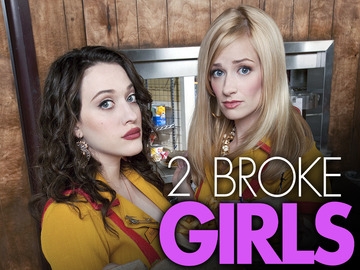 Sitcoms Aren’t Dead, These Ones Are Alive and Kicking

Olivia YankeyApr 17, 2012
Home » Latest Posts » Sitcoms Aren’t Dead, These Ones Are Alive and Kicking
FacebookTweet
Whether it’s a classic or a brand new series, it’s never too late to get into a comedy that’s new to you. A laugh is always well needed and, thanks to Netflix and Hulu, catching up on an entire show is a piece of cake. These five sitcoms are definitely worth making time for – and that’s not something that can be said of all the so-called funny shows on TV.

Happy Endings is well into its second season on ABC, but it’s so good that you’ll want to catch all the way up after watching just the first episode. With an ensemble cast featuring a former Saturday Night Live player, a second-generation Wayans brother and the actress behind the one interesting character added in the last seasons of Scrubs, Happy Endings is a surprisingly good best-buddies sitcom coming out in the wake of Friends. Its comedy is wide reaching – just like its characters – and attracts a broad audience without being too slapstick or too over the top.

The Inbetweeners is a short-lived but beloved teen comedy from the UK. Running for three seasons from 2008 – 2010, it’s a quick one to watch in its entirety and sheds light on all the best, worst and most extreme embarrassments of male adolescence, focusing on the lives for four high school-aged friends living in the British suburbs.

2 Broke Girl$ looks like it would be horrible judging by the Ke$ha-style use of dollar signs in the title, and the show’s use of a laugh track and predictable jokes don’t do much to dispel that assumption. But Kat Dennings’ undeniable sardonic delivery redeems all the overused elements of the very literal sitcom.

In the end, it’s a good half-hour deal with a timely story that’s centered on the friendship of two realistic girls. Also, the series’ whole back-story pokes fun at Bernie Madoff, and manages to keep that theme relevant despite it’s lateness. 2 Broke Girl$ is worth a look, especially if you like the brash humor of the show’s creator (and recurring Comedy Central Roast-er) Whitney Cummings.

TV snobs have not stopped talking about Arrested Development since its run in the early 2000’s, but they’re actually right in their unyielding support of the show. Ending in 2006, its three seasons gained such a cult following that – six years after being cancelled – a movie and short mini-season to lead up to the film are currently in the works.

It’s a quirky comedy and an acquired taste, but with Michael Cera playing his usual endearingly awkward self and Will Arnett employing that signature erratic and unsettlingly warped charm, Arrested Development is sure to draw some actually audible laughter.

Up All Night is about parenthood and how it unfolds in the lives of two well-paid yuppies – things that seem highly un-relatable to those of us trudging through college life. Despite the thirty-something tone, it’s funny for Maya Rudolph’s performance as an exceptionally delusional yet benevolent Oprah-like talk show host and newcomer Jennifer Hall’s restrained and so-nice-she’s-one-second-from-exploding production assistant character. Plus, the characters in Up All Night are a very 21st century, modern family, thanks to the fact that Will Arnett’s character is a stay-home dad while his wife, played by Christina Applegate, is the breadwinner and executive producer of Rudolph’s daytime show.