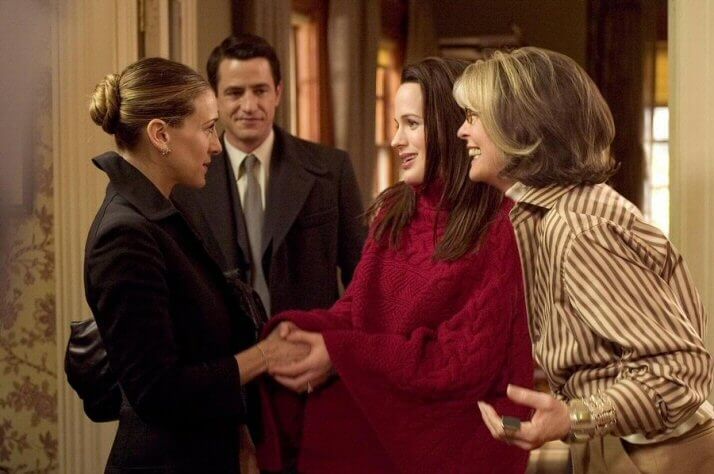 Before you scroll down and see your favorite movie on this last and want to murder me for calling it bad, put down the pitch fork and take stock of what makes a movie good. I’m talking about a quality, believable—not realistic—plot. The Lord of the Rings has a believable plot but none of that stuff is realistic. Furthermore, a “good” movie needs to be original or otherwise offer up a fresh take on something that may have been done before. It also needs to be tasteful.

The following is a list of movies that are unoriginal, unbelievable, completely tasteless or a combination of all three. But don’t get discouraged! Each of these movies has redeeming qualities that keep me, and all of you, coming back year after year.

So, a woman named Meredith spends Christmas with her boyfriend Everett, who intends to propose to her, and his large, abrasive family. After only three days, she falls in love with Everett’s younger brother. Everett, for his part, falls in love with Meredith’s younger sister. And this is completely okay with everyone involved. Also, *spoiler alert* the mom DIES OF CANCER. Merry Christmas…

What makes this movie good is the great casting. Seriously, there’s someone here for everyone. Sarah Jessica Parker as Meredith, Rachel McAdams not playing a likable character for once as Everett’s younger sister, Diane Keaton as the mom who dies, Craig T. Nelson as the father, Luke Wilson as the home wrecking brother and Claire Danes as the home wrecking sister. All of these people together make the ridiculously uncomfortable, depressing plot easy to ignore.

2. How the Grinch Stole Christmas 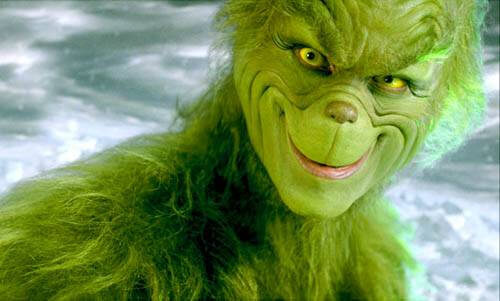 Some people really hate the live-action version the Grinch starring Jim Carrey. Granted, there are strange aspects to the movie: the garish features of Whos will haunt your nightmares forever, and the overall decision to do the movie in live action was pretty misguided. But who can resist a young Taylor Momsen as Cindy Lou Who, pre-Gossip Girl and supposed drug abuse?  And this may just be me, but I will watch Jim Carrey do anything for 2 hours. He is the funniest man alive, a living legend. Even in general garbage like this movie, which benefits heavily from the nostalgia factor, he’s worth watching.

Anna Faris and pre-A list Ryan Reynolds for life! I’ll tell anyone that this movie is dumb. Like, who-the-hell-green-lit-this-thing dumb. But Anna Faris playing an air head pop singer named Samantha James is what saves it. She says things like “You’re a whore! Santa’s little whore!” and “You and I are gonna be the greatest musical manager team since Jessica Simpson and her father only you and I get to have sex and they can't, because it's illegal.” Ryan Reynolds is typical Ryan Reynolds, just nice to look at. His mother in the movie is played Julie Hagerty, a total scene stealer. You need more context, but trust me when I say you will never laugh more at someone gently saying “Joyce? Joyce?”

This was actually a TV special that aired only one time in 1978. You can’t get it on VHS or DVD because it was so bad, George Lucas himself has publicly disavowed it and has effectively buried it far, far away (see what I did there?). What makes it so bad? Well, the main protagonists are Chewbacca and his family, who, you know, can’t speak words. Entire scenes play out with them growling at each other, and the audience is supposed to follow along. Also, since Christmas doesn’t exist in the Star Wars galaxy, everyone is celebrating something called “Life Day.” Your social conservatives would probably blow a gasket if they even knew this thing existed.

It’s an example of something that is so bad it’s actually entertaining. You can find it at your nearest Internet, either in segments on YouTube or by illegally downloading it. It is very much worth seeing, partly because the main actors from the Star Wars films are both present and have no idea how horrible the thing is. An added bonus is getting to see all the outdated commercials from 1978. They’re very bizarre.

Not technically a Christmas movie, I know, but it has every major Christmas movie trope in it. Scoring a whopping 12% on Rotten Tomatoes, this movie is definitely the worst out of this bunch. It’s crude, pretty racist at times, and will definitely gross you out. But much like Jim Carrey could do no wrong in the Grinch, it’s pretty difficult for Adam Sandler to make a bad movie (recent releases notwithstanding). If you’re a fan of potty humor in it richest, purest form, this is holiday movie for you.