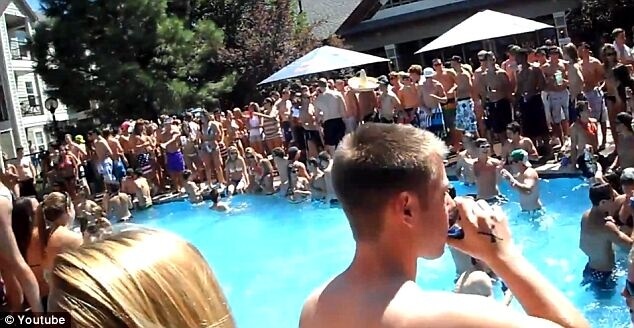 4 Arrested at Back To School Party

Going back to school means meeting new people, gaining new experiences, spending endless nights awake (studying!) and well…partying. But sometimes—and we’ve all probably had these experiences—partying can go too far.

Such was the case with one back-to-school party, held on Saturday afternoon near the Colorado State University campus, which left four people arrested and at least 16 treated for alcohol poisoning, according to the Denver Post. The annual party started around 1 p.m. and just an hour in, there were already people passed out drunk, and calls to the Poudre Valley Hospital for ambulances and medical staff. Police were dispatched by 3 p.m. after the fire and ambulance crews were “overwhelmed with alcohol-overdose cases,” and by 6 p.m., the party was over.

While not every student at this party—there were 2,000-4,000 attendees– went overboard, the party-goers that did, called attention to the public eye. Celebrating back to school is expected, but passing out by 2pm might be a bit overboard.