One of the best parts of Thanksgiving break is getting a chance to catch up on some much needed sleep.  Even though we’d normally rather sleep in until noon all weekend, these deals are worth not hitting that snooze button on Black Friday. So put on those boxing gloves and get ready to battle it out with some soccer moms for this year’s best deals:

I smell ten dollars of magic in the air. And let’s face it; you probably don’t know anyone on this Earth who wouldn’t want to catch up with Harry and Ron for the holidays. Whether you buy one for yourself or ten for all your friends, this deal is a must have. You were going to buy the movie anyway, why not get it for the price of a butter beer?

Snuggle up with a blanket, some hot cocoa and a digital version of your favorite book this winter! This version of the Amazon Kindle is over $50 off, so what if it may not be the latest version? From The Night before Christmas to Catcher in the Rye, this Kindle can hold it all.

Oh the weather outside is frightful, but the prices are so delightful! Get all toasty warm in The North Face this winter with a variety of apparel at Dick’s Sporting Goods starting at under $20. Even if it’s not snowing quite yet, you’ll need to prepare. So why not do it wisely?

If The North Face is not your style and you’d rather wear something to get you noticed, save up for a designer coat at Macy’s! You’ve studied hard this semester and you deserve it. Okay, so maybe you didn’t study that hard, but these jackets are such a good deal and so gosh darn adorable you don’t haveto resist!

What’s Thanksgiving break without a new Facebook profile picture? A picture is worth a thousand words, so go grab this camera from Staples for just 99 bucks! Plus, no one has to know you’re buying it because you dropped your old camera in the toilet…

From Ice Age for $5 to The Goonies for $10, your DVD cabinet is going to be stocked with classics this year. Walmart is always a great spot for DVD player deals on Black Friday, so go ahead and buy some movies for it. 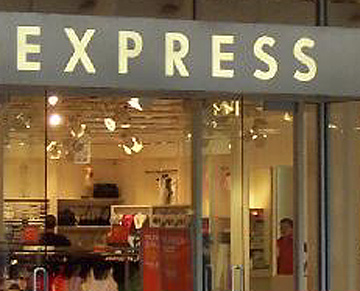 Need some new clothes for winter? Drive over to the mall and head straight for Express, where the entire store will be holding some awesome sales. Who doesn’t want a new sequin blazer, anyhow?

Whether you’re into FIFA or Call of Duty, Best Buy, Kmart, Target and many other stores are having drool-worthy sales this Black Friday. So pry yourself away from your gamer chair for long enough to invest in more games for your Xbox 360, Wii or Playstation 3. If it’s music you’re into, this deal is a bull’s-eye. Beats by Dr. Dre Solo Headphones are THE headphones right now. Hop on the bandwagon and head over to Target!

10.) All laptops and printers on sale – Office Max Remember that whole soda on your laptop incident? On Black Friday, your problems will finally be solved. Run, don’t walk, to Office Max bright and early to catch dozens of phenomenal deals on technology.