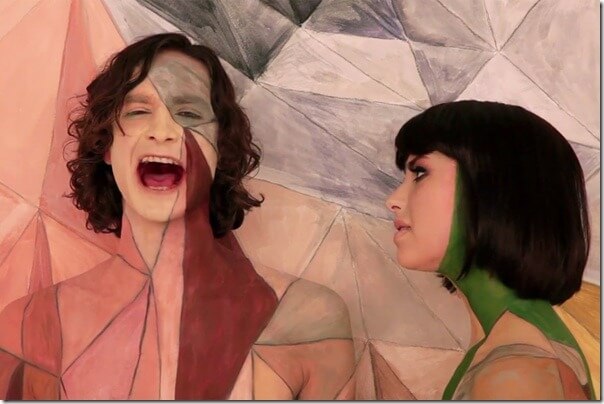 Whether it reminds you of that bar you always end up at on Saturday nights, or of your ex who you refuse to block from your Facebook feed, a song has the power to bring memories flooding back. These are the songs that will always remind you of the 2011-2012 school year, and I have to say, it didn’t sound too bad.

1. Pumped Up Kicks – Foster the People

This song was blasting from every car stereo during move-in week and still playing in the H&M while we were doing some last minute spring shopping. Foster the People seemingly came out of nowhere, but we definitely want them to stay.

Never-have-I-ever used the chorus of “Call Me Maybe” as a pick-up line at the club, but I know you did. This Canadian pop singer brought us the song we love to love, and clearly the “Whip My Hair” of 2012.

This song still makes me think of Victoria’s Secret commercials, but I love it anyway. Dance-y electronic music highlighting all the worst sounds of the 80s personified indie music this year. I think it was about time.

Only The Shins could go on a five year hiatus and still manage to produce a nearly flawless return. Port of Morrow is a great album flag shipped by “Simple Song” which took Spotify by storm early in the year.

Annie Clark teased us with this song from the amazing Strange Mercy back in July. Now “Surgeon” is my go-to pick up song which is actually very telling of my love life… ugh, too real.

7. Somebody That I Used to Know – Gotye feat. Kimbra

Catchy and awkwardly reminiscent of the marimba lines in Banjo-Kazooie, Gotye managed to produce a song we had trouble defining. “Somebody That I Used to Know” is not Pop, but still on the radios and that’s why we love it.

Real Estate was the soft-core folky sound we used to balance out the electronic residuals of Grimes and Neon Indian. If you didn’t spend your entire school year with this song on repeat, I’ll cover my ears while you catch up.

No one knew First Aid Kit had been around since 2007, but with a Bright Eyes aesthetic they’re a soothing compress of warm Nordic music. See what I did there?

Lana Del Rey is America’s rich and privileged sweetheart. When she’s not singing about her sugar daddy (who is actually her daddy) she’s on SNL making a name for herself. But like, not her Lizzy Grant name, her Lana name. Get it girl, I bet we only love you ‘cause you’re playing on the radio.

I miss when Fun. used to just be The Format. Luckily the new brainchild of Nate Ruess has just as much spunk and acoustic detailing. “We Are Young” is easily the anthem of the year, appealing everywhere from the most hipster basement hoot-n-nanny to the grimiest of pop nightclubs.

12. I Will Always Love You – Whitney Huston

Not sure who sang this best, Mercedes Jones or that boy on the Ellen Show? R.I.P. Whitney, can I get a BOBBAYYY?!!