Daniel Kuhn February 26, 2015
Dorms serve as living museums of human personality. With 40+ people confined to a thousand square feet and a single bathroom, you’re bound to meet a cast of characters. Some you’ll applaud and others you’ll boo off the stage. Love or hate them, here are the 20 types of people you’ll find down the hall.
1. The Leader 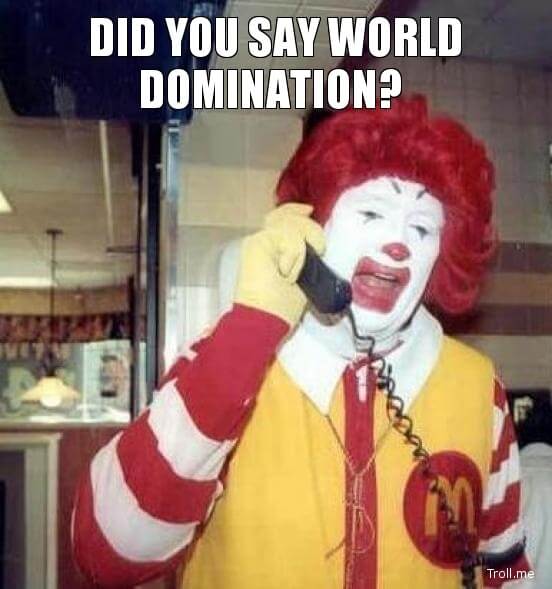 (Via troll.me)
Remember the first person to introduce himself? The rest of the floor probably met the same guy. Sporting a Type A personality, he had himself installed as the unofficial president of the floor before orientation ended. With his door open more frequently than the RA’s, he’s the first to organize group dinners and movie nights. When he hounds you at 2 a.m. to hang out with your floormates, he might come off as a dictator or maybe he’s just drunk. Either way, he means well (you hope).
2.The Borrower

(via giphy.com)
Your friendship with this person only goes as far as the amount of things you have that they wants. You never see this person until they need laundry detergent or a dollar for the vending machine. Some people can’t distinguish between borrowing and taking. Don’t let him take advantage of you.
3.The Gamer 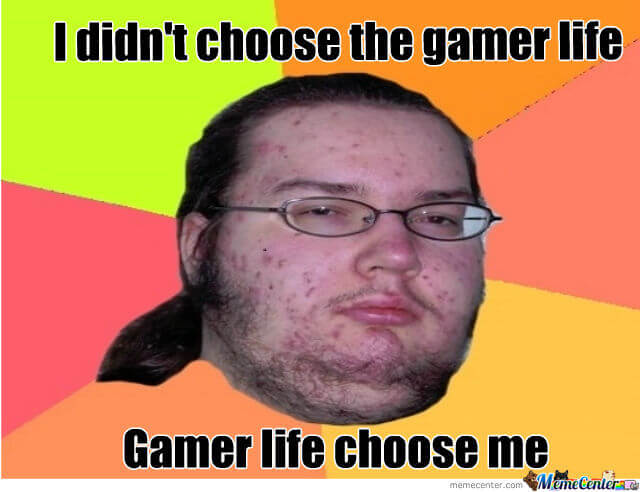 (via memecenter.com)
Who needs a party when there’s Wi-Fi? This guy came stocked with gaming consoles from the latest system to an old school Sega. He’s a great resource on a rainy Saturday night, just don’t interrupt him when he seeks a high score. Defeating the Lich King takes precedence over discussing your social life.
4. The Pig Pen 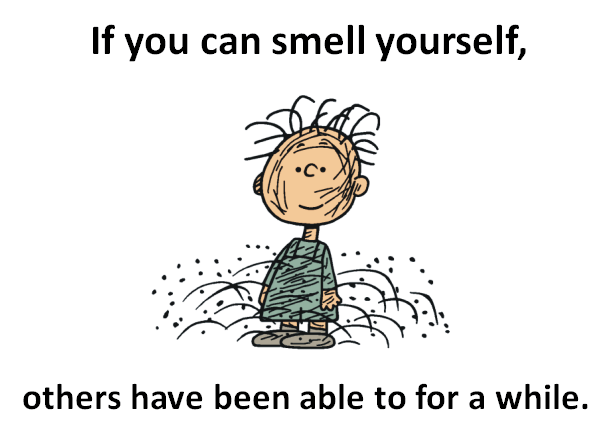 (Image via epiclol.com)
That smell has to originate somewhere (it isn’t always poorly concealed weed smoke). The likely cause of the horrid condition of the hall bathroom must roll around in mud every day. With a disheveled appearance and a dorm room straight out of Hoarders, he perfectly emulates the character from Charlie Brown. Nothing personal, but…dude, take a shower.
5.The Dinner Friend 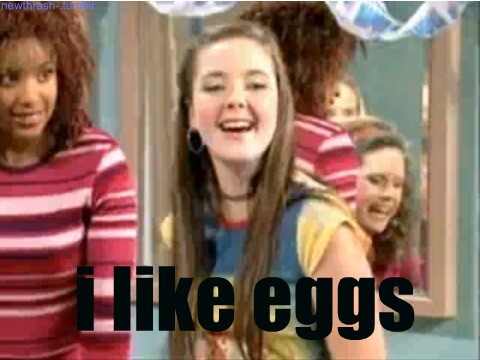 (via tumblr.com)
You grab dinner with them every day. You have a mutually preferred table and you know their favorite dining hall food, but the relationship ends there. You have no idea who they are sans meal times. Make an effort to learn more than how they take their breakfast. At least friend them on Yelp.
6. The Silent Brooder

(via tumblr.com)
More enigmatic than the calculus problems you’ll encounter next fall, the Silent Brooder is always hiding in his room alone. Why does he seem so sad? He always looks down and half ignores you when you try to start a conversation. Does he talk to anyone on the floor? Is he just deaf? Oh, god. Is he deaf? *attempts to sign* Let me be your friend!
7. The Hipster

(via instapop.com)
With a tapestry on their wall and a drug rug on their torso, you won’t have trouble spotting a hipster. You probably have them classified even before they start ranting about campus administration and the grading system (down with the man!), but make sure you give them time to have their say. Their opinions can be interesting but if you hang out, don’t expect to watch blockbusters or listen to Top 40 without a slew of “they were better before they were famous” comments.
8. The Overachiever

(via cheezburger.com)
Always in a rush, the overachiever not only makes perfect grades but also rules the extracurricular scene. Getting anything less than an “A” might as well be a fail. It might seem like classes are a breeze for him, but you don’t realize how much time he spends hitting the books. He’s prone to pull an all-nighter a week before the due date. Though his constant stress might result in high blood pressure 20 years down the road, you can’t deny his success. Consider him your academic Yoda. Learn from him.
9. The Slacker 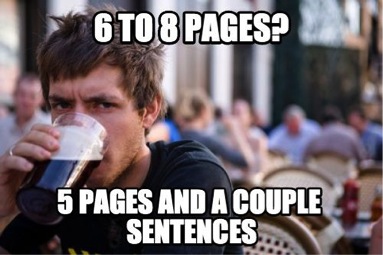 (via reddit.com)
For every hero, there’s a villain. Class? You won’t see him unless there’s an exam. Study? Maybe for ten minutes if the notes are online. Group Project? Oh merciful God, don’t let him be in your group. Ignoring the thousands of dollars his parents are pumping into his tuition, this underachiever has mastered coasting through school with little to no effort. If Starry Night were a “C,” this procrastinator would be Van Gogh.
10. The Fitness Guru 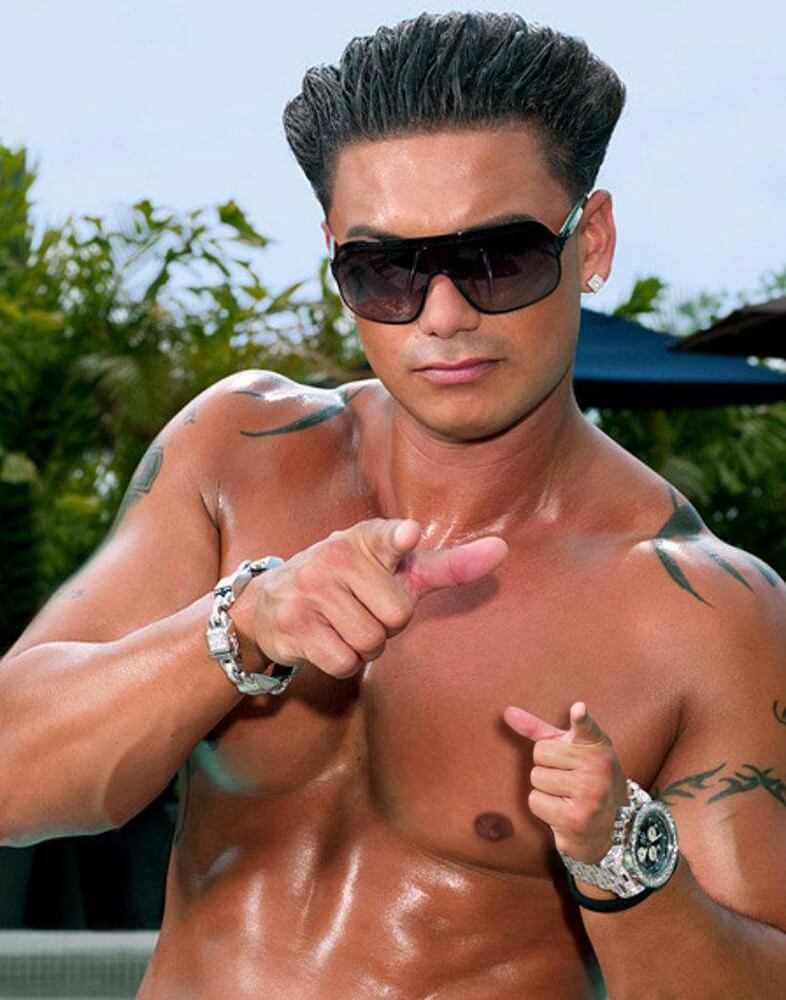 (via onetinyhand.com)
With a gym bag and pair of Nikes never far from reach, this fitness nut is always fresh from a run or a bike ride. While class may be a different story, their gym attendance deserves recognition. This athlete organizes pick-up games of basketball, volleyball and tennis. Their knock on your door signals an invite to some sort of sporting event. This is the friend to make if you want to avoid the dreaded freshman fifteen. Just beware of smelly gym socks.
11. The Buzzkill

(via giphy.com)
Do you want to grab lunch? No. Watch a movie? No. Go out with the group? No. Whatever they’re hiding behind their eternally closed door must be better than your offer. Don’t get offended. They shoot everyone down. Smile and move on. There are plenty of others to hang out with on the floor.
12. The Partier 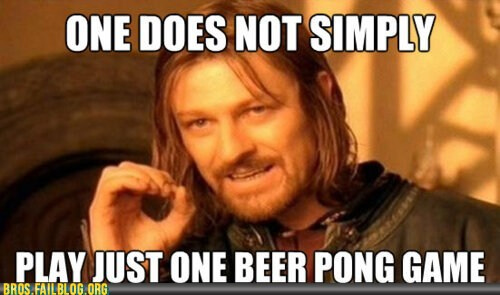 (via pongalong.com)
The direct opposite of the Buzzkill, Goodtime Charlie always knows where a party can be found. Classes? Not important. His time is better spent deciding between liquoand beer. He’s a great friend for the weekend, but not the person to hang out with on a Tuesday. Believe it or not, your biology final won’t be easier if you’re drunk.
13.The Stoner

(via tumblr.com)
Rocking his Bob Marley t-shirt and overgrown hair, you had him pinned by the first day. Calmed by his favorite herb, he’s a chill person to hang out with (especially if you need eye drops or Dentine). Watch a movie, listen to music or debate the fallacies of modern philosophy. Just make sure you hide your mom’s homemade chocolate chip cookies.
14. The Sleeper 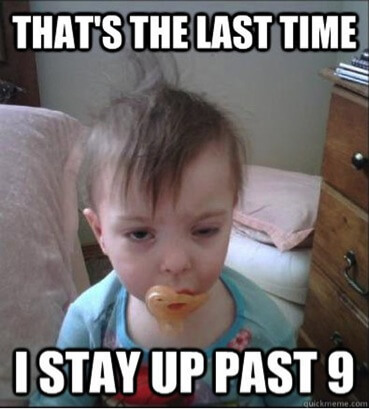 (via izismile.com)
Apparently Aurora isn’t the only one who pricked their finger on a spindle. Maleficent also placed her curse on Mike two doors down. Eight hours of sleep aren’t nearly enough. Expect him to be down for the count for at least ten with a nap or two thrown in.
15. The Mozart

(via giphy.com)
While it’s not a sonata blasting out of his yard sale speakers, this music man is all about the tunes and the entire floor knows it. Be prepared to politely knock on their door; don’t let Cascada make you fail your chemistry class.
16. The Narc

(via giphy.com)
This rat is the natural enemy of the Mozart. If your underground dorm party gets too loud, he’ll be the first to call campus police. For some reason he might actually take joy in ruining your good time (and you thought the Buzzkill was bad). If Mr. Floor Police decides to take a stroll around the floor, it’s game over.
17. The Creeper 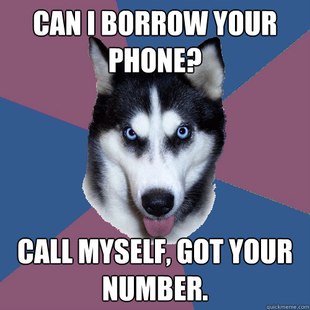 (via blog.funsauce.com)
In 1955, he would have been known as the neighborhood panty snatcher. Something about him earns him a place on “Ripley’s Believe it or Not,” whether it’s the way he makes you uncomfortable in the bathroom or the weird smile he gives you when you bring a girl back. For some reason, his eyes are always on the back of your head. He’ll most likley have a lot of registering to do in the future as required by a judge.
18. The Womanizer 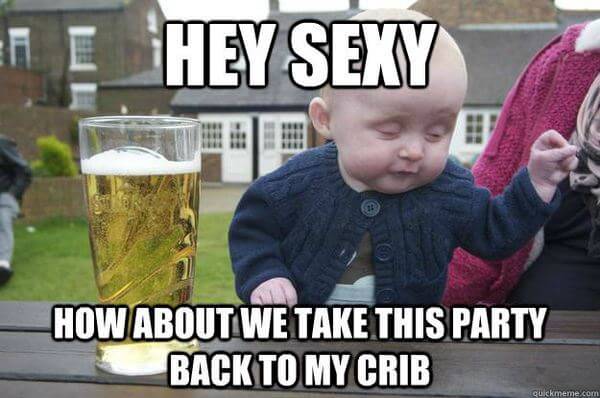 (via memecollection.net)
Every floor has a legend. A different girl every night makes him Hercules. Though his pompous attitude leaves something to be desired, you’re just a little jealous. Don’t worry, you’ll get your chance. Deep down every girl wants a nice guy, right?
19. The Frat Star

(via giphy.com)
While some choose Greek life, others are born for it. With a family tree grown out of a fraternity combined with a pair of Ralph Lauren khakis, the bro down the hall’s fate resides on frat row. Enjoy his GPS-like ability to find parties while it lasts. Recruitment will see him disappear like five dollars on a Friday night.

Obviously, you’re completely normal and don’t fit anywhere on this list. Yeah, right. Face it; you’re more than a casual observer. Though your personality may be diluted from the stereotype, everyone plays a part in floor dynamics. With your thick-rimmed Wal-Mart reading glasses you might be a wannabe hipster. You might be suppressing your party side for the sake of your grades. Don’t worry, I won’t tell.