Josh Axelrod December 14, 2012 (Updated: October 24, 2014)
*Facts on the shooting are still emerging. Be sure to stay informed.
Sandy Hook Elementary School in Newtown, Conn., was the site of what is now the deadliest school shooting in history earlier today. According to police, 20-year-old Adam Lanza of New Jersey allegedly is responsible for the deaths of 27 people, including 20 children.
Among the dead was Lanza’s mother, a kindergarten teacher at Sandy Hook. According to ABC News, a dead body was found at his parents’ home in New Jersey. Law enforcement officials are currently questioning Lanza's brother, 24-year-old Ryan Lanza of Hoboken, NJ. Adam's body was found in the school.

A parent hugging her children outside of Sandy Hook Elementary School. The school was immediately evacuated.
President Obama addressed the nation at 3:15, looking noticeably distressed and trying to stifle back tears. As he said: “I react not as a president, but as a parent.” 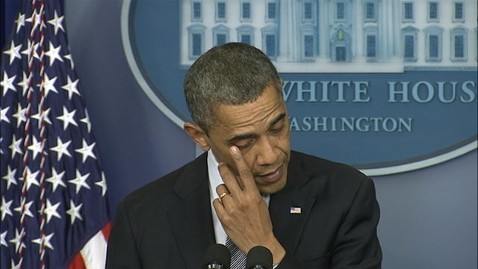 He continued: “As a country, we have been through this too many times…These neighborhoods are our neighborhoods and these children are our children. We need to come together to prevent tragedies like this regardless of the politics.”
He brought up the mall shooting in Oregon, Sikh temple murders in Wisconsin and movie theater killings in Colorado. A similar tragedy occurred today in China, where a man with a knife injured 22 children and one adult outside an elementary school.
College Magazine reached out to Connecticut Governor Dan Malloy, but he declined to comment.
Clinical psychologist and Pace University psychology professor Richard Shadick, Ph.D., said he believes this is a case of a suicidal person with psychological problems.
“Anyone who takes lives in this way is clearly suffering from a mental illness of some kind,” he said. “It’s deeply tragic and sad. The individual who most likely is mentally ill was unable to get the help and support he needed to take care of his problems.”
Shadick made sure to note that we should not take this a condemnation of everyone with mental instabilities.
“It’s important for people to understand that this individual does not represent all individuals who suffer from mental illness,” he said. “We should stay away from generalizations about who this person was until we get more information.”
College Magazine’s thoughts and prayers go out to the children, parents, teachers, and all those affected by this tragedy. At a time like this, what we need most is to just be with loved ones.
“Individuals should try very hard to take care of those around them because it’s a very upsetting situation that evokes a lot of hopelessness and helplessness,” said Shadick. “This is a very good time to reach out to friends and family.”
Photo: at Reuters