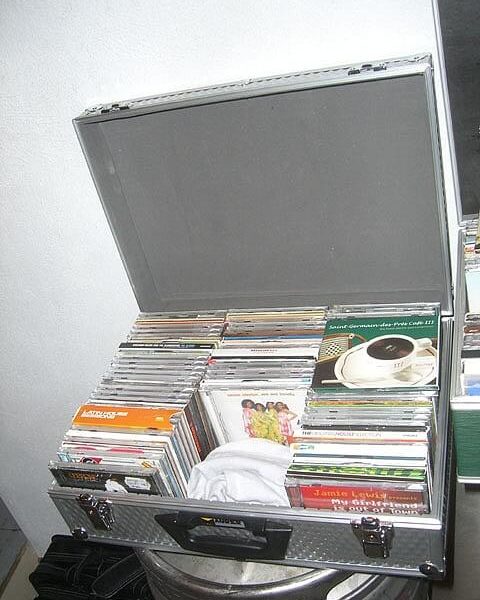 15 Tracks to Help You Pack

Whether you’re a freshman moving into the dorms for the first time or a senior getting ready for your last year, packing is painful and tedious. Fortunately nothing gets the blood pumping like a strong beat, so here’s a playlist to keep those energy levels high.

On what is probably his strongest album, Toro Y Moi merges neo-disco with infectious electronica, silky R&B undertones and a funk that never stops grooving. Despite taking its cues from classic genres, “New Beat” sounds fresh and exhilarating, and it’ll surely get your butt moving.

Phoenix has evolved through great and mediocre styles, but their guitar-pop phase was one of their high points. This track is an earworm that’ll reverberate through your brain for days, and its frenetic guitar lines will have you bouncing around long after you’re done packing.

Gossamer is a fitting name for this track’s album — it’s a shimmering collection of indie pop gems that’ll keep you moving and singing for hours. The bombastic chorus of “Carried Away” will have you so blissed out you won’t even mind putting away your mountain of clothes.

Before he became an international movie superstar, Mark Wahlberg was pumping out classic 80s/90s-era hip-hop. With its head-bobbing, shoulder-swaying beats, “Good Vibrations” is pure old-school funk.

Breakbot made a stellar remix of an already stellar dance track, and it’s somehow both calming and invigorating at the same time. Video game aficionados might recognize the track from Gran Turismo, but everyone else will just hear a song that’s easy to snap your fingers to.

Holy Ghost!’s self-titled debut record is a vibrant mix of dance music at its best. You’ll want to blast opener “Do It Again” as loud as your speakers can go. Don’t worry about upsetting your neighbor – you’re about to move anyway, right?

With an infectious chorus and driving beats, the Elephants’ sunny track brings all the brightness of California to your bedroom without any of the sand or sunburn.

Between gorgeous vocal harmonies and saccharine-sweet melodies, Tahiti 80 produces quintessential French pop: catchy, delicate and very danceable. Stuffing shirts into a suitcase is easy, but dancing around your room to a great song is even easier (so why not do that instead?).

Gorillaz are a music pantheon, well-established as one of the most timelessly innovative alt-hip-hop groups. This song is fueled by pure groove — convenient for packing because it’s impossible to sit while listening.

Featuring two laid-back hipster-ish vocalists, this party-friendly track can brighten up even the dingiest of off-campus apartments.

The NME award-winning music crafted by these California sisters straddles the line between 70’s folk and 90’s R&B. It’s a strange combination, to be sure, but one that’ll have you waving your thong above your head as you sing along.

On Foster’s newest effort Supermodel, the band pulled its influences from around the world. The foot-shuffling West African tune that runs throughout the song is too fun to dance to, and while concerts at school can run you $50, it’s completely free to jam out in your bedroom.

13. Walking With the Giants – Blondfire

This dream-pop duo creates swirling, upbeat tunes glazed over with cool and honeyed vocals. Singer Erica Driscoll has ethereal pipes, though I wouldn’t try singing along – you might crack that mirror you’re trying to pack singing those high notes.

Fact: No one dislikes Ellie Goulding. This pulsing dance track is no exception. It’s a club banger, a track perfect for drowning out your mother’s nagging while you fold your underwear.

Santigold’s sound is so idiosyncratic it’s difficult to fit into a genre, though “alternative reggae” might work as a placeholder. Instead of dreading the winter you’re about to spend at school, bring the islands to your room and fantasize about the sun you’ll never see.

Previous Post:I’m That Girl Who Peaked in High School
Next Post:How to Conquer London in 8 Days