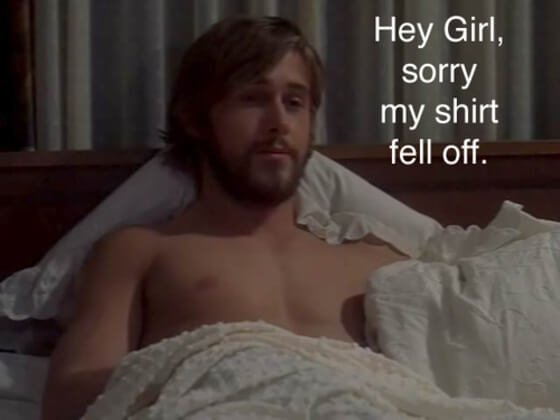 10 Guys We Wish Were Our Valentines

Valentine’s Day is over, but for those of you who may still be seeking an imaginary valentine for this year, look no further. Bask in the glow of shameless eye candy and see who tops the list of 10 guys we wish would have been our valentines yesterday.

Although he’s not a household name, this Ravens linebacker has been selected to the Pro Bowl three times and is the brand new owner of a shiny Super Bowl ring. Brendon showed us his sensitive side in the fall of 2012 when he made headlines for openly voicing his support of marriage equality. Now that’s hot.

It’s still hard to believe that our beloved, clumsy, gap-toothed Neville Longbottom grew up to become ALL OF THIS.

Hey girl, wasn’t it kind of obvious that Ryan Gosling was going to be on this list? The darling of millions of internet memes pulls in at number three.

It was practically mandatory that we include Channing on this list, seeing as he beat out hundreds of other men for the acclaimed title of People’s Sexiest Man Alive. He definitely gives the other guys a run for their money.

We can credit him not only with putting out some of the best slow jams of all time, but also with the discovery of Justin Bieber. It’s safe to say the world wouldn’t be the same without him. Ugh, let it burn.

The new face of H&M menswear, Becks is potentially the hottest dad alive. We’ve got to wonder how Posh feels about all the semi-naked posing, but we’re glad she doesn’t stop him!

So wholesome. So altruistic. So delicious. It’s hard to not want to deflower Tebow, even if the Jets are currently the worst thing since EZ Cheese.

If Paul Rudd were to take us on a Valentine’s Day date, we have a feeling we’d be in stitches the entire time. If you aren’t familiar with the scene in Wanderlust where his character gives himself a pep talk in the bathroom mirror, find it on Youtube because you are missing out!

A former victim of Kim Kardashian, this running back has one of the cutest smiles we’ve ever seen…and a sick body to go along with it.

This previously unknown actor made waves in Magic Mike this summer and has been on our minds ever since. We’re expecting big things from him in the future…