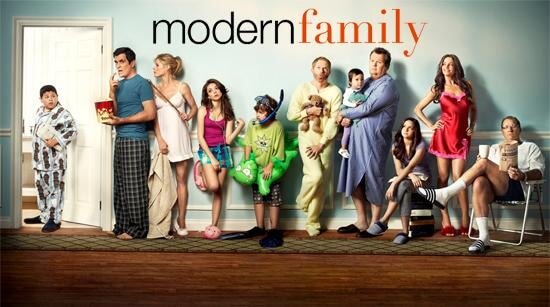 College is upon us. The sounds of syllabus distribution, football adulation and clinking libations pepper the campus air. It’s an exhilarating time. But while all of the welcome-back-hubbub goes on, it’s easy to forget that it is in September our favorite TV shows return to distract us from everything important we have to do. Here are 10 previews of the TV shows you should be watching this fall to procrastinate like hell cushion the academic and social stresses of the season.

Leslie Knope, Ron Swanson and the rest of the Pawnee squad return for season six of the most consistently funny show on NBC. Look for Parks and Rec to take the Thursday night reins this year with amazing guest stars like Heidi Klum, Kristen Bell and Henry Winkler. One of the main storylines involves the much-maligned town of Eagleton, so the comedy tension will be high. Can’t wait until September 26th? Watch part one of the cast's hilarious and profane gag reel from season five:

Here’s another excellent show with a strong blonde lead, only Homeland is an ultra-tense gem of an espionage thriller. CIA agent Carrie Mathison is back in the multiple-Emmy-winning series after letting Sergeant Nicholas Brody go to fend for himself. As the season’s cryptic trailer suggests with its cat-and-mouse imagery,we are in for serious intrigue.

The megahit Modern Family is back for its fifth season and the theme seems to be change. Luke and Manny are starting high school, Claire is returning to the work force for her father Jay, and Phil, easily the funniest character on the show, must deal with the consequences of his best friend/son/favorite playmate growing up. Modern Family is a consistent, light-hearted family comedy and will certainly ride its constant Emmy success into a successful season.

Kurt Sutter, showrunner of the dark FX drama, says Sons of Anarchy is heavily influenced by William Shakespeare’s Hamlet. The complex drama will continue that homage this season with family and tragedy remaining at its core. The series is infamous for its violence, and the season premiere this past Tuesday confirmed that SoA will not stray from what it does best. SAMCRO (Sons of Anarchy Motorcycle Club, Redwood Original) is back, and with Jax in charge, FX’s toughest show will be hard to miss.

Ted, Marshall, Lily, Robin and Barney are back for a victory lap in HIMYM’s ninth and final season poised to finally resolve Ted’s epic (and frustrating) quest to finish the tale of how met his children’s mother. Season nine will be told over one weekend—Robin and Barney’s wedding weekend – and it should be interesting to see how the writing staff handles those temporal confines. The show returned to form late last season, so expect more of the same.

SVU is back for a remarkable fifteenth season. It begins with a two hour season premiere rewarding the millions of viewers dying to know what happened to Olivia at last season’s end. The finale included one of the series’ more repulsive creeps in William Lewis; the season premiere looks to start right from where the last episode left off, with Detective Olivia Benson at gunpoint in her apartment.

Jess and the boys return for New Girl’s third season after an excellent sophomore effort. The show is on hallowed ground: fans are just as curious about the status of Jess and Nick’s relationship as Winston’s growing collection of hilarious quirks. It’s plot- and comedy-driven. Schmidt has to deal with some romance in his life when two very different women vie for his love. Also, look for the return of Coach, Damon Wayans Jr.’s character from the pilot.

Glee’s world was rocked earlier this year when Cory Monteith died tragically. The most burning question surrounding the show is how it’s going to handle the loss. As hard as it is to imagine, there will be other storylines, with Blaine and Kurt’s relationship growing stronger, and Sue Sylvester back as principal. As for the music? Everyone is excited for The Beatles-themed episode scheduled for later this month.

There are many promising new shows premiering this fall, but here are two that look too good to miss.

Andy Samberg returns to TV after a rocky go at the big screen to star in this cop comedy as a brilliant but immature detective. Cop shows aren’t exactly original, but the talent surrounding Samberg is strong, featuring Andre Braugher, Chelsea Peretti, and Joe Lo Truglio. If you don’t know those names, you’ll definitely recognize the faces.

The massive success of The Avengers inevitably led to this Marvel series about S.H.I.E.L.D., the organization allegedly supervising the Avengers. The show’s logic gets dicey, i.e. one of the main characters, Agent Coulson, was killed in the film and somehow lives in the show, but the film’s director Joss Whedon is heavily involved. He’s got all kinds of production clout, so don’t be surprised if Agents of S.H.I.E.L.D. is a hit.

Previous Post:What to Expect at Your First College Party
Next Post:I Was at the Boston Marathon Bombing