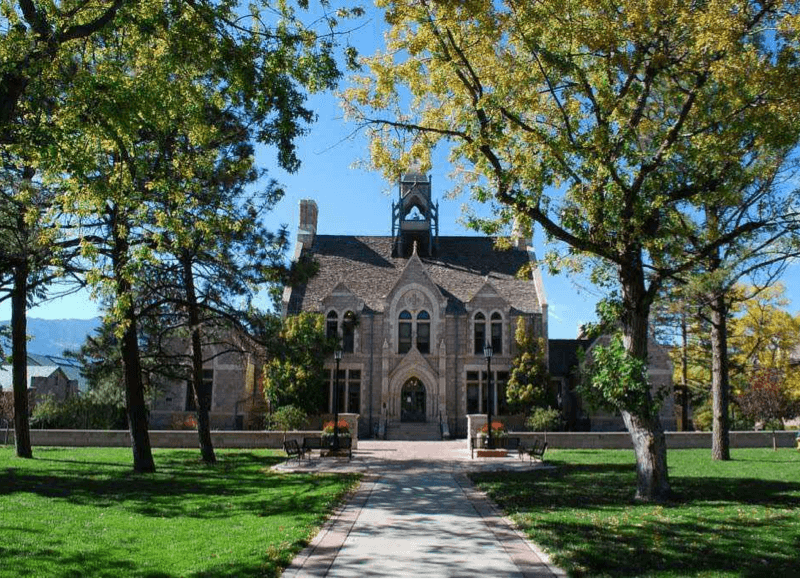 Life at Colorado College revolves around the block plan, a one-class-at-a-time system that lets you focus all your energy on the class you are taking when you take it. When you take a block in macroeconomics, for that month you live and breathe econ; when you take a block in organismal biology, for that month you are a biologist. Work hard, play hard is the line here. Weeks can be tough, but the weekends run wild with off-campus parties and all school music events. At the end of every block comes “block break” – a four-day pause of classes in which students branch out to explore the Rocky Mountain West and beyond.

CC-goers keep active. In the fittest state in the U.S., students make sure to take advantage of the opportunities for outdoor excitement year-round. Skiing takes on an almost religious fervor in the winter, and sunny days are for hiking, camping, slacklining on the quad or rock climbing. Environmental stewardship and sustainability are also integral to the student body, along with passions for social justice and human rights. To say that CC students are left-leaning liberals is an understatement: campus is a zone of palpable and fervent liberalism, determinedly inclusive of all individuals regardless of race, gender, sexual background or nationality.

Alumni-wise, CC claims a strong pack. James Heckman, class of ’65, won the 2000 Nobel Prize for Economics. No wonder the current economics department is so popular with students and boasts an impressive faculty. Politically, CC has had some high-risers: Abdul Aziz Abdul Ghani, class of ’61, served as the Prime Minister of Yemen for three years, while Lynne Cheney, wife of former Vice President Dick Cheney, graduated in ’63. Finally, where would we be without a little drama in our lives? Neal Baer, class of ’77, was executive producer and writer for television series, most notably ER and Law & Order: Special Victims Unit.

With only 2,500 students, CC forms a tight-knit community with a strong campus feel. Students typically don’t live off-campus until senior year. On-campus housing ranges from three large first-year halls to apartment suites to intentional communities such as Synergy, focused on sustainable living, and the Glass House, for internationally interested individuals. Campus spreads out around the quad. Colorado Springs is graced by 300 days of sunshine a year, so you’ll often find students lounging about finishing their reading outside, hanging out in portable hammocks under the trees, or even practicing some aerial silks. Downtown Colorado Springs lies only a 15-minute walk down the street. It’s quickly becoming a hip destination with new restaurants and stores opening regularly. Though the bar scene is restricted to those 21+, Colorado is a microbrew state. Good beer can be found on every corner.

“Too much!” said junior Ron Joy.

“It’s a partnership,” said senior Karolina Szymanska. “The administration treats us like adults but we are held accountable for not being respectful and inclusive of others. In terms of cheating and plagiarism we have the Honor Code, which students sign onto. You basically agree to submit your personal independent work, and we are trusted in that way which is fantastic. Saying that, if you violate the Honor Code and are caught cheating, it’s a big deal and students are not let off lightly.”

“Not as much as they say they are, so don’t worry about it. Do things at your own pace—fast or slow,” said alumna Maeve O’Connor Bethune.

“Wear your Chacos and climb some peaks—get outside!” suggested senior Nicole Tan. “Also, do your West In Time. It’s one of the all college requirements and is a two-block class, so you need two months right after each other to complete the requirement. This can be tricky to sort out schedule-wise, especially as an upperclassman with major requirements, so I advise getting it out of the way as early as possible. One of my friends is a senior and only taking her West In Time now, during her last semester of college. Not ideal, let me tell you,” she added.

5. What is your favorite memory from Colorado College?

“I was surprised to find the diversity of students coming to CC. I feel like all the stereotypes I read about in high school had CC as a super outdoorsy, athletic hippy, liberal, wealthy place, but since arriving I’ve met a really varied bunch of people from all different backgrounds. Or maybe that’s just my friends group!” – Madelene Travis, Sociology, Class of 2013

“At the moment I’m in a class with only two students. No other school would do that; they’d cancel the class. Having the course be only me and one other student means that we get to spend the entire class and lab times basically in discussion with our professor and have a truly interactional experience.” – Audrey Devarics, Anthropology, Class of 2015

“Colorado College has been a rollercoaster of an emotional ride. I’m graduating in May and trying to embrace the uncertainty of what lies ahead. I’ll really miss being surrounded by people who have a similar worldview to myself. I’ll also miss being with people who work in a similar way. The block plan is very intense academically and time management is key. Other students at CC work pretty intensely and get things done quickly. We’re all about projects getting started and finished quickly; people are focused. I enjoy being in that atmosphere.” – Niyanta Khatri, Math and Economics, Class of 2013

“As a Computer Science major, I feel like the comp sci department is a hidden gem within CC. A lot of students don’t know that much about the department and we’re quite small, but the faculty and classes are amazing. It’s kind of like CC as a school—not many people know about us but those who do, love us. In computer science we have the adage ‘garbage in, garbage out’. The more work you put in, the more you get out. That’s kind of the same with CC. Throw yourself into it and you’ll get you much back.” – Harvey Kadyanji, Computer Science, Class of 2014

“Being at CC is more of a lifestyle because the block plan dictates so much of our daily and weekly schedule. It doesn’t allow you to be lazy or fall behind so you really have to work your ass off. People party hard on the weekends because they really need to let off steam and block breaks are a blast because you get to travel all over the state and further. I’ve even known friends to drive to California and back in five days!” – Andrej Blazhevski, Studio Art Major, Class of 2014

EnAct is one of the oldest and most popular clubs on Colorado College campus. The name stands for Environmental Action, and the club aims to educate students on issues of sustainability and organize events and projects around environmental activism. From film screenings to hosting speakers such as James Balog, creator of the award-winning “Chasing Ice,” to offering a senior house compost collection service, EnAct helps ensure our campus and students live life to the greenest.

GlobeMed is the only organization on campus that partners with an international NGO. Throughout the school year, they organize events that educate the student body about public health both domestically and internationally. They also organize a series of fundraisers, many of them in partnership with Greek life, to raise money for their NGO partner in Kenya. Every summer, a core group of GlobeMed members have the chance to travel to Kenya to visit communities who benefit from the NGOs work and participate in development initiatives.

Dance Workshop is a solely student led production that occurs twice a year in the main Armstrong Theatre Hall. All students are welcome to audition, and everyone who auditions is guaranteed a spot on stage. Dances range from large fun collaborative pieces, to those choreographed by dance majors and performed by highly-trained student dancers. Each semester the show changes, and students come pouring in to watch the spectacle.

Colorado College has quickly been gaining mainstream popularity in the past few years, making acceptance rates much lower. To apply, you need to be psyched on the block plan because it’ll dictate your life for the next four years. The most important stage in the application process is creating your own ideal block. Show the admissions team how you would use one month of class time in Colorado and be creative. Should geology students go camping in Utah to explore rock formations? What about a trip to San Francisco to explore start up tech, for an economics block? 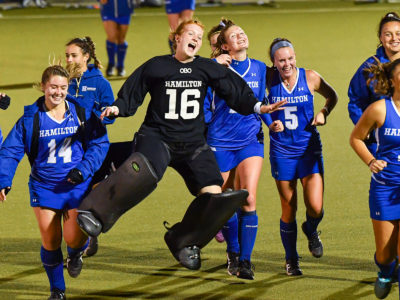 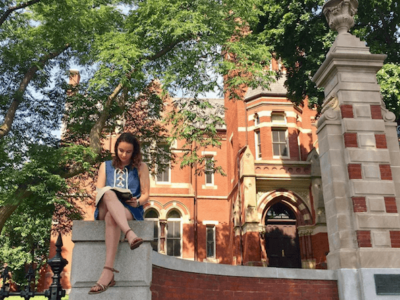 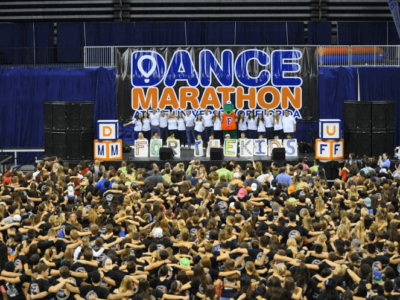 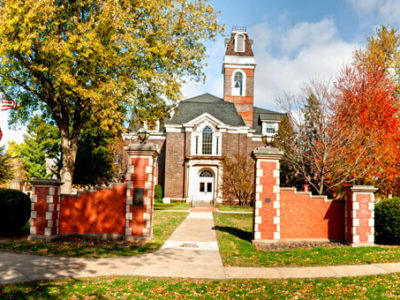 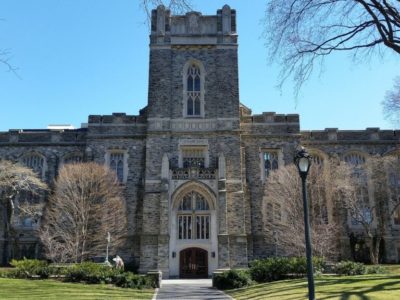 Previous Post:15 Songs to Cool Off Your College Burnout
Next Post:10 Cozy Blankets That Personify Every College Student