Shop now
Home » Latest Posts » You Slept With Who?! – Cheating Outside Your Sexual Orientation
Hooking Up Life

You Slept With Who?! – Cheating Outside Your Sexual Orientation

Okay, maybe not that last one, but you see what I’m getting at.

“If I was in a relationship with a guy and found out he was messing around with another guy I would be extremely upset because I would be questioning his emotional attachment to me,” said Matt Bentley, a freshmen at Northwest Vista College. “If it was with a woman, it would depend if he was being open or secretive about it. Because if he was just fooling around that would be one thing. But if he was secretly messing around with a woman, it would make me question his sexuality, their motives and our relationship.”

Any form of cheating involves dishonesty. But when the infidelity involves breaking your sexuality, or at least the orientation you identify as, it brings up another set of questions entirely. I’m a gay guy, so I would have to ask: Why would you sleep with a girl? Is it because I am not meeting your needs? Are you gay, or bi? Because now I think both of us are unsure about something.

But cheating does involve a lot of circumstance. A lot of it has to do with the reasoning, which can affect how a partner reacts to infidelity. I asked Tim Drew, a junior at Armstrong Atlantic State University, what he thought about cheating with someone outside the preferred sex, and he had a slightly different take.

“Either way if my boyfriend cheated on me it would be bad, but if he was to cheat on me with a girl, and he always told me that he wasn’t bi or curious but that he was one hundred percent gay, that would be worse,” Tim said. “Not only did he cheat on me but I would feel lied to and that [the] relationship we had was a lie. But if I had known that he was bi then I don’t think that one would hurt more than the other, they would both equally suck.”

So while Matt and Tim looked at the same situation differently, both were more affected by the deception than the act itself. Matt questioned his boyfriend’s affection and devotion, whereas Tim felt lied to. 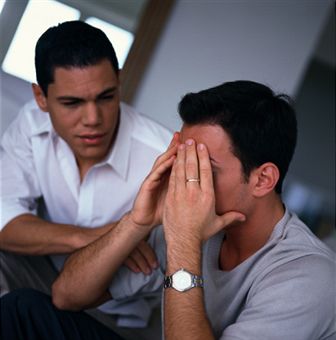 Sexuality is a pretty wide thing, and people can fall anywhere on the spectrum. So personally, I don’t know which would be worse. Because like I said, and just like Matt and Tim implied, it is circumstantial. If my boyfriend was bisexual, the cheating would only ever be cheating and not some outrageous “you put it where!” fiasco. But if my boyfriend was gay and sleeping with a girl, the confusion would initially trump any other feeling.

Stephanie Rouinfar, a straight junior from the Savannah College of Art and Design, weighed in on the same imaginary cheater.

“I don’t think it would be worse one way or another, maybe more shocking if it was with a guy, but I would still be hurt that I was being deceived or lied to by someone I was supposed to be able to trust,” she said. “But it would be worse with a girl I guess, because if my boyfriend slept with a girl then I would think he wasn’t satisfied with me.”

So again, the lying takes precedence over the sex. Even in a committed relationship, the cheated partner's hurt comes more from the lie than the act itself.

The moral of the story is, don’t cheat, but even more importantly, don’t lie. If this gay guy can offer any relationship advice on this topic, be honest about your sexuality with your partner. Not because it lets you be a cheater while hurting your partner less, but because if dishonesty can break a relationship, then honesty can certainly make it stronger.

Previous Post:Tragic Bombing at the Boston Marathon
Next Post:10 Lies Our Parents Told Us About Getting a Job