You are here: Home / Life / Stop Making Excuses and Start Caring about the 2016 Election

It’s officially 2016 and you know what that means: the US election coverage is finally warranted.  Granted, we’ve been following these shenanigans since practically 2014, but now’s the time when it really starts to count. Unfortunately, there are still plenty of people who just aren’t engaged in the current political discourse.

Back in 2014 when Wisconsin had its gubernatorial election, a group of students took to the streets and asked college kids passing by whether they would be voting. The responses were overwhelmingly in the negative, and when asked why, many students responded that they didn’t know enough about the candidates. Mind you, this was in Wisconsin’s capital city of Madison, where the steps to the Capitol building are a mere ten minute walk from the edge of campus. As far as excuses go, that’s a pretty weak one.

The most common excuses I’ve heard from college students regarding why they don’t vote usually fall into two camps. Either they claim they “don’t know enough about the candidates” or they don’t think their vote matters.

Let’s tackle that first claim. You don’t know enough about the candidates. I get it—college is a busy time and you don’t always have the minutes to spare to brush up on the news or even just what’s trending on Facebook. Except, you probably do. You’re reading this article, aren’t you? You could manage a little news-browsing on the bus ride home or a segment of The Daily Show on your lunch break. Being uninformed is no excuse. You should want to be informed about the political goings-on in your country. They affect you, after all.

But even still, the current political field is rather intimidating, quantity-wise. Tracking down where every candidate stands on every issue poses a daunting task. Thank goodness you don’t have to do that—instead, you can head right on over to isidewith.com. There, you can take a comprehensive quiz that delves into all of the major issues at stake right now, with multiple options per question so you can ensure you’re picking the view closest to your own. At the end, your responses are scored against the candidates’ platforms and you can see a breakdown of who you agreed with on what issues. Though certainly not the end-all-be-all of political knowledge, this is an excellent site to check out for a crash-course in what the issues are, whom you side with and which candidate you might want to do a little more research on.

Which brings us to the “why” of it all. Why bother? So many have become disillusioned with our voting system, believing that their vote doesn’t matter. But that’s where they’re wrong. Your vote matters more now than it ever has. As of 2015, the Millennials now outnumber baby boomers, which means college students are officially part of the most sought after voting demographic. And if you think this upcoming election is just going to affect who’s in the White House, think again. Over the next two terms, two to three US Supreme Court Justices may be stepping down, and whoever replaces them will help shape this country’s biggest judicial decisions over the next few decades. Talk about planning for the future.

I know we still have some time until the election, but it’s important to be educated about what’s up with the candidates now so you can get out and vote in the primaries. Though the political sphere is certainly replete with circus-like antics and people you wouldn’t even have elected to be your 8th grade class president, elections are still an integral part of our nation and the only way to improve them is to learn up and demand better. That way, you can go out this November and vote with confidence. 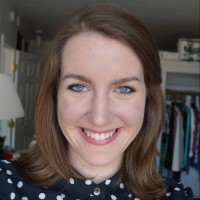 Senior at the University of Wisconsin-Madison studying English with a creative writing emphasis. Lover of movie scores, thunderstorms, and superheroes. And dogs.

What Time Is It? Time to Plan Your Summer
Next Post: Weight For Me: The Trials of a First-Year in the Weight Room