Home » Latest Posts » Why I Don’t Watch the NFL Draft

Why I Don’t Watch the NFL Draft

Don’t get me wrong – I love football, just like any male brought up in good ol’ Amurica is taught to do from a young age. It may not be my favorite sport. I always am way more excited to watch a college basketball matchup or a baseball game, but it would be blasphemy for you to not know who beat who every Monday during football season.

But I’m one of those sports fans that actually can turn the football button off. As soon as the Super Bowl champion is determined, I am perfectly happy not paying attention to the gridiron until the next fall. Of course, the majority of sports fans in America do not have that same opinion. The offseason is turned into an endless array of rumors and speculation, and yet fans everywhere eat it all up. But the worst is when all of that is culminated in the NFL Draft.

Well, not the worst. The worst is hands down the daily updates of the oh so captivating lockout of the players. “Wait, ESPN, what day of the lockout is it again? I MUST KNOW!” But the sheer boredom and repetitiveness around the NFL Draft occurs every year, and I refuse to be a part of it.

The same arguments come up every year. “One draft pick can determine the fate of a franchise!” For those drama queens, does it really? Since the millennium, the only No. 1 draft picks I would even consider to have become franchise-changers would be Michael Vick (and not in a good way) and Eli “Elite” Manning.

And don’t even get me started about the media buzz. It’s pretty difficult to think of a more worthless job in this world than a draft analyst. Who do Mel Kiper Jr. and Todd McShay even do nine or 10 months out of the year? Oh yeah, watch actual football, because none of us care about what they have to say when the actual sport is on. How much work they do to find out the recruiting rumors and scouting reports is debatable as well. Are Kiper’s and McShay’s endless rants about what a player’s stock is really the result of our country’s desperation for football to return?

Here’s what I advise you all to do: WATCH ACTUAL SPORTS. They’re fun, trust me. Just because football is on a break does not mean you have to miss absolute brawls every night in the NHL Playoffs, the apparently “boring” baseball games every night (really? Baseball is more boring than watching three days of players walking to a podium and putting a hat on?) and the always compelling nature of NASCAR. 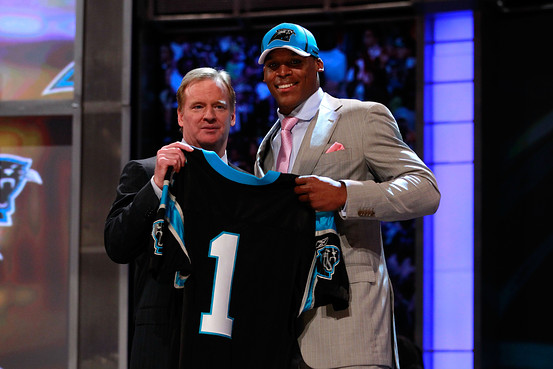 The last one is obviously a joke. Regardless, I might probably resort to watching stock cars drive 500 laps than the draft if I had a choice of two channels on my television. Now, you don’t have to not follow the Draft completely. Just like any other football fan, I will be checking up on my team’s picks and seeing if I recognize any names I know from the college game.

But actually watch the Draft on TV and slowly feel wasted hours accumulating and approaching my eventual death? No thanks.