You are here: Home / Life / Academics / Why Failing is So Important: Deciding My College Major

Choosing your major is arguably one of the most important decisions to make when it comes to your college journey. This decision shapes four or more years of what people call the “best years of your life.” I was faced with this significant decision about three years ago when applying to colleges in my senior year of high school. I never really had an answer when it came to answering that question of, “what do you want to be when you grow up?” My mind would bounce from profession to profession, but never quite settled on one that really got me excited. Throughout high school, nothing really stood out to me as well. I would look around at my peers and see that student who excelled at science or that other kid who wrote essays that teachers would praise. I was never one of those kids.

I was never top of my class or the student that the teachers love.

When I applied to colleges and it came that time to fill out my major, I blindly put down “public relations/advertising.” I thought to myself, “I can learn to love this, I can get a decent job with this major.” With that mindset, I found myself at Penn State University as a first-year student majoring in public relations.

What I did not realize was that the lack of passion, thought and overall enthusiasm I had towards this major I had blindly chosen would reflect heavily in the work I put into my classes. While my friends threw themselves into doing their best at classes, I found myself going down a completely different path.

I felt no true passion to truly learn about public relations. This resulted in me completely skipping classes, missing assignments, not studying for any tests and just partying.

By the end of my freshman year, my GPA reached an all-time low.

Sophomore year rolled around, and this came time to declare majors. Freshmen had the option to choose a major to study, however, it wasn’t until a student had enough credits that they could officially declare that major. My GPA wasn’t even high enough to officially declare as a public relations major. I was nowhere near making the minimum standards.

I thought I felt lost before, but I was truly lost in this moment. Looking around, I saw everyone so excited to declare and so excited to begin learning more about their fields.

Panicking to myself, I quickly scheduled an advisor meeting to desperately try and figure out a new path for myself. Knowing I wanted to stay in the communications field, my advisor told me with my GPA and what credits I had, I could go into journalism. I quickly agreed, and that day I declared as a digital print journalism major.

I got back to my apartment and began scheduling classes as a journalism major. Little did I know, I was about to finally get that clarity that everyone else had seemingly already found. As I began to take classes for the journalism major, I fell in love with them.

I found myself attending classes more and actually putting effort into the work I was handing in.

Over time, I realized that I did find that one thing that made me happy; writing. I had finally found what my peers discovered a few years back in high school.

With this newfound passion, I applied for a magazine at Penn State, as well as College Magazine. When I made the cut, I felt as if I finally found where I belonged. As a rising senior now, I am excelling in all of my classes and finally enjoying lectures instead of sleeping during them. I also finally have an answer to that infamous “what do you want to be?” question.

Looking back, I wish I could tell myself that it’s okay to fail. People need to fail in order to learn from mistakes and to be better. When it comes to trying to find yourself in college, it’s totally natural to go through trial and error. I hear all the time about students panicking because they don’t know what to major in or what they want to do after graduation. It’s completely normal to not know exactly what you want to do going into college. Just because the people around you seem to have it all figured out, doesn’t mean you do as well. People are all different, and that’s exactly why college is the perfect place to discover yourself. So, take these best four years of your life, and really make the most of it. Just remember— be prepared to fail, but to also come out better than before! 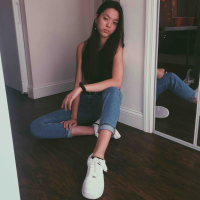 A Tale of Friendship, Communication and Post-Grad Life
Next Post: Top 10 Universities Straight Out of a Romantic Comedy