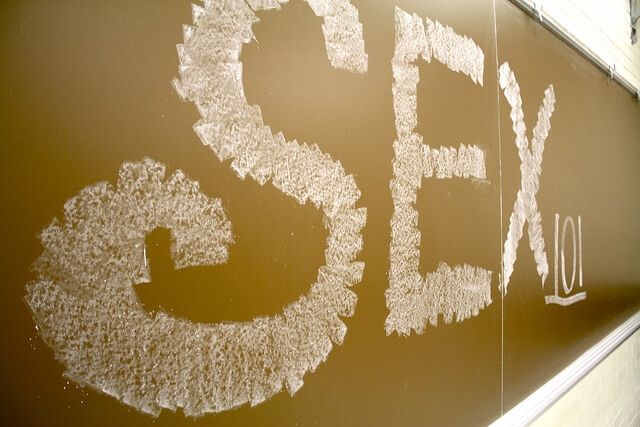 When are girls most sexually driven?

Dr. Sawyer: If there was a specific time when all women were more sexually receptive, it could certainly streamline and maximize the efforts taken to have sex. Female dogs, for example, experience a surge of estrogen called “estrus” about four times a year, signaling that they are “in heat” to male dogs in the vicinity. Maybe the male-female mating ritual would be greatly simplified if a man could enter a bar, sniff, and say, “I smell estrus, come on, who’s ready?” Just a thought, but it could save time and several drinks!  Human females don’t work this way. Theoretically, a woman should want to have sex most when she ovulates because theoretically, her body is trying to get pregnant. However, because humans have big brains that have a greater influence over sexual desire than simply hormones, research indicates that there is no one set time in the menstrual cycle when all women are more receptive to having sex.

Previous Post:Can The Internet Do Your Homework?
Next Post:Affirmative Action…or Negative Action?