If the world would remember Freya Mae Kendrick for anything, they’d undoubtedly know her for her obsession with the dead.

Their spirits seemed to accompany her, slowly trailing behind her with shackles on their wrists. Those she’d lost, those she’d hurt, those she’d left astray and everything in between. They were all the same after a while, weighing on her like stones on her back.

Freya wobbled on the concrete, her pesky five-inch heels drawing blood from the corners of her ankles and her slim red gown snatching the breath from her lungs. She’d rather be anywhere else; perhaps picking a fight with a lion in Africa, or maybe falling off the Empire State Building.

She kept on, though, slipping her diamond-speckled mask over her nose as she greeted the bouncers at the door.

“Miranda Michaels,” Freya responded with a bright expression. He stepped aside, gesturing to her to enter the ballroom. Her smirk quickly dissolved as she left his gaze.

They didn’t call her “the actress” for nothing.

The air smelled of a vomit inducing mixture of champagne and potent perfume, worn by the highest class of fools in the country. She couldn’t stand being surrounded by pretentious people who devoted their lives to nothing but their wealth. To her left she spotted two of them—Louise and Jean Claude Toussaint, acquaintances to her father, and disgustingly selfish architects living in a disgustingly large mansion. Several other influential artists, businesspeople, politicians and even some musicians walked by with artificial smiles and robotic waves. She began to wonder if they were made of metal.

Instead of attempting meaningless conversation with irritating strangers, she walked towards the Phoenix-shaped ice sculptures sitting on the marble floor. God, she laughed at the rate at which these ridiculous people wasted their money.

As she stared at the overly detailed sculptures a young waiter approached her with a tray of champagne flutes. When he offered her a glass, she instinctively accepted, thanked him with a smile and made her way towards the grand piano. She could feel his curious eyes on the back of her neck as she walked toward the center stage, ignoring him entirely. He fulfilled his duty and was no longer needed.

The singer posted on the platform sang sophisticated tunes that the filthy rich often enjoyed; the kind of crap her mother used to listen to before she died. Opera and jazz would play in that tiny old apartment day in and day out, and 12-year-old Freya thought she might blow her brains out if she had to hear another woman scream-singing in Italian.

She grew increasingly uneasy after listening for a few minutes. The endless stream of speakers projecting the beehive blonde’s voice suddenly seemed inescapable as the melody took the shape of a dagger. The more she listened, the more she was reminded of her old life. She tried to take a breath to calm her escalating heartbeat but could think only of those four stained walls and the sunken in beige couch with the roaches waiting to gnaw on her toes from underneath.

Every night her mother grabbed the stereo and slipped into her pearly white nightie after a long day at work. She held that wretched cobwebbed stereo so close to her heart. Such joy in the simple things. She’d sink her bottom into the couch, ready to spend hours smiling at the music, even though she didn’t understand the words. Wasn’t that the point? Understand and relate to the lyrics? It would never truly make sense.

Freya knew Genevieve Kendrick as the most ordinary woman alive. She was a school bus driver possessing zero determination to do anything but watch reality TV in the afternoon, listen to her opera in the evening and fall asleep at 10:00 pm sharp. Many seemed to admire her jubilance—her magnificent ability to see the world through rays of sunshine. Contrary to popular opinion, Freya only found her to be naive and stupid. She was always satisfied, and Freya never understand why. She despised the TV shows her mother binged, the routines she adopted and felt disgusted by the little apartment they shared.

It was only until she came home from school to find the police at her door that she realized how wrong she’d been and how little she’d known the real Genevieve Kendrick. When they carried her bloody body from the apartment, she could see the knife plunged in her chest and wondered why her life was an ever-present battle. Tears streaming down her face, she sank to her knees when she heard it—the melodic Italian tune she so despised playing on repeat in the kitchen. From that day on the music never ended. A constant reminder of all she’s lost.

Feeling a sudden urge to claw her ears out, she turned to make her way back to the ice sculptures and nearly trampled over the same wide-eyed waiter. He didn’t look a day over 19. What could he possibly want?

“Would you like another glass of champagne?” he carefully inquired.

“Haven’t had a moment to drink this one,” she answered coldly, sliding her glass back on his tray. “I’m not drinking tonight.”

He awkwardly gripped the back of his neck and nervously glanced around. Freya thought she might strangle him, what with his impeccable timing.

“Well, I should get going…”

“I know who you are,” he replied almost too quickly. For a moment her heart sank. She had taken every precaution to ensure her identity remained disclosed. But he seemed nervous, on edge even, and she could work with that. She smiled.

“Even with my mask? I thought my masquerade disguise hid-”

“Stop… just stop! Listen… your father knows you’re here and wants to see you. And if… if you don’t come with me willingly…” He glanced nervously at the bouncers. “They’ll be dealing with you later,” He said, quieter than a mouse.

She kept her cool. This wasn’t how the evening was supposed to play out. Her surprise appearance was key to the plan. Maybe he’d still be stunned after seeing his daughter in the flesh for the first time. She could still get her money or better yet, get to know him. And worst comes to worst, she could win a fight against this twig of a waiter.

She smiled. “Well, what are you waiting for? Take me to him.”

They walked through what seemed like an eternity of corridors; some short, others long, most narrow and all way too creepy for her liking. Though she was feeling grateful to have a direct guide to her father’s location, she felt a surge of uneasiness at walking alone with a strange boy in a stranger mansion. She carefully gripped the knife residing in her dress pocket and memorized the path back as they continued. As the music and chatter in the ballroom shrank to almost nothing, it grew alarmingly quiet. Freya felt the urge to break the deafening silence.

He paid her no mind and kept walking.

They finally arrived at two enormous wooden doors bolted shut after walking what felt like a mile. The waiter whipped a key from his pocket and fumbled with the lock until it opened. Seeming pleased with his accomplishment, he set it back in his pocket and turned to face her.

“Oh cool. So you brought me to a prison?” Freya said, inching closer to him. He took a step back. With her hands behind her back, she gracefully untied her bracelet, prompting a sea of beads to spread across the floor.

“Oh no! I’m sorry,” Freya innocently cried as she bent to collect the beads. With a nervous expression, he mirrored her actions, picking up the beads surrounding his feet.

While kneeling on the marble she plucked the waiter’s key from his pocket and slipped it into her own. Freya handed him the beads and turned to face the door, bracing him to leave her be.

“Well… good luck in there. I… I hope it goes well,” he said awkwardly before walking back.

She hesitated for a moment before knocking thrice on the grandiose wooden door, waiting for them to swing open. She remembered sitting in front of the television as a young teen, watching her beloved father negotiate deals with businessmen and rise in fame as he made more money from the stock market. They could only afford an aged black and white TV, so his face always seemed somewhat distorted—one grey eye twitching every so often, hair always remaining in place. She only ever switched on the channel when her mother was at work, planting herself on the dirty rug and searching for pieces of him in herself. She wondered if he would display the same pearly white smile, the same business stance and ambitious look in his eye. What if his teeth were just edited on the screen? What if he had no teeth at all?

When her mother was alive, she refused to speak about him. Day after day Freya would beg and plead for information, yearning to understand her other half. Only once did her mother cave, after enduring hours upon hours of relentless begging.

“Ian. His name was Ian. And he’s as dead to you as he is to me.” Another ghost, another missing piece from Freya’s life.

Ian. She could never quite shake the word from her lips. And now she’d meet him face to face.

When the wooden door swung open and their eyes met, she began to wonder if he had been a ghost all along.

Nicole is a student, singer, reader, writer, dreamer, perfectionist, and above all, a professional procrastinator. She is a sophomore at St. John’s double majoring in Communication Arts and English. 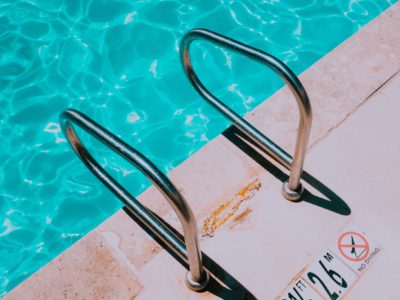 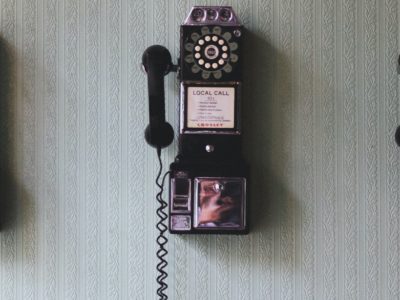 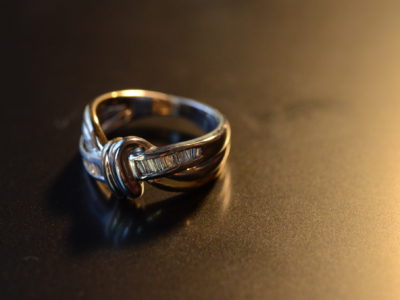 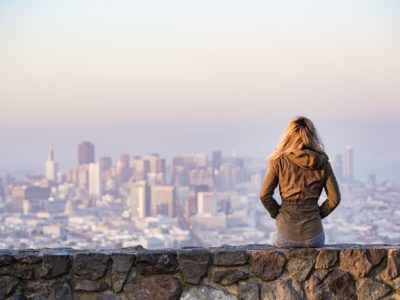 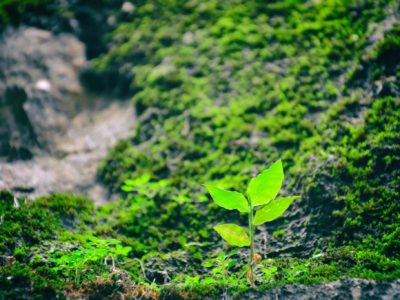 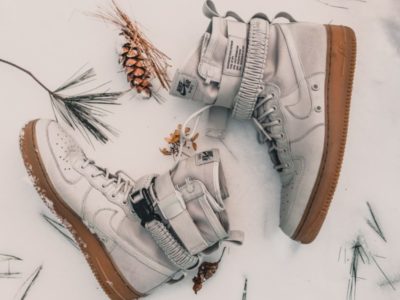 From the Most Iconic Places to Hidden Gems: Explore Rome in COVID-19
Next Post: Poetry: Depressive Lines Lie