You are here: Home / Life / Walk a Mile in His Cleats: The Story of John Pond

At 11:30 a.m. on a Tuesday morning, the streets of Charlottesville are just beginning to stir. Hoards of students, masking glazed-over expressions with tinted sunglasses, line the Corner sidewalks in search of tall coffees and delectable bagels. Noticing the mere minutes they have left to make it to class on time, they hop out into the nearest intersection and narrowly dodge oncoming cars and bicyclists. In their heads they recite the calculus formulas, Spanish vocabulary and complex chemical compounds they must produce for the tests they have later that afternoon, while slipping into daydreams of tailgates and tequila of the weekend to come.

At 11:30 a.m. on that same Tuesday morning in Charlottesville, John Pond makes his way home after another grueling morning at the McCue Training Center. He stretches his foot forward and taps the breaks of his lifted pickup truck to let a group of determined students through the crosswalk before him. He’s come to learn that the streets of Cville pick up in foot traffic just as he’s returning from the football facility every day, so he navigates the rickety main road with caution. The early morning team meeting, two-hour practice and 45-minute lift he has already completed have set his mind on a steady autopilot mode. His body aches and begs him for rest, but he must endure hours of class before he can finally take a breather.

A 330-pound offensive lineman boasting a dense beard, Pond hides behind a threatening exterior. Despite his ominous size, the goals and motivations Pond holds are the same as that of any collegiate athlete: to get playing time and to have a successful athletic career. “As a high school player I had the expectation that I would eventually play a lot in college, but I knew I was going to redshirt my first year. I’ve played in a handful of games and I’ve gotten increased playing time each year, but it has still been minimal in college,” Pond said.

Contributing to the frustrations of Pond’s athletic journey were two major injuries, the surgery for one of which put him out of commission for six months. He played through a torn labrum, cartilage and bicep tendon in his shoulder for three years before getting surgery. “No one forced me to play through this, but I didn’t want to miss time so I practiced through it as long as possible so I could play,” Pond said.

Despite the determination with which Pond has pushed through pain, he acknowledged the long-term effects football will take on his body. “Ask any player and they will tell you the same thing: There will always be aches and pains from my playing days. Those aches and pains are a sacrifice you make in life to play and you know that when you sign up, but that’s the price we are willing to pay to play the game.”

However, Pond’s experience as an athlete at UVA hasn’t been all work with no reward. Among other skills, Pond said that college football has taught him time management, leadership skills and how to be part of a team. He said that these traits will help carry him as he finishes up his football career and moves into the next steps of his life. Not to mention, Pond has made connections and friendships he can count on for the rest of his life.

Pond is a fifth-year student pursuing a graduate degree for higher education administration. After graduating he hopes to secure a job within the UVA Athletic department. “I want to give back to the student athletes after me,” Pond said.

Asked if he would do it all over again, Pond said, “Yes. While it has been a hard five years, the lessons I have learned and the friends I have made here will last me a lifetime. The experience has taught me things I don’t believe I would have had as a regular college student.” 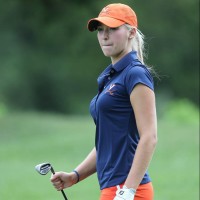 Alex is a fourth-year student-athlete at the University of Virginia majoring in Media Studies and Spanish. Her hobbies include challenging her friends to grueling tennis matches and diving head first into rocky road ice cream sundaes.

10 Reasons Sophomore Year Might Suck
Next Post: Everything You Need to Know About the Upcoming Election Part 2: The Issues