Trying on For Size: A Time for Sexual Experimentation

Sexual experimentation can be an integral part of the college experience for many students who are struggling to figure out where they land on the sexual spectrum, whether that be homosexual, heterosexual, bisexual or something else. But can the labels we assign in order to organize the human sexual experience restrict us from taking the time to discover what we like and, more importantly, who we are?

Tom Aleo, a junior at Boston College, has explored every end of the sexual spectrum during college.

“Obviously I knew I was attracted to girls from a very young age, but the attraction to men came very slowly,” he said. “It wasn’t until I was about 14 that I started realizing that my shirtless guy friends were turning me on at summer swimming pool hangouts.”

Coming from a conservative background, Aleo never acted on these desires while he was living at home. He didn’t have much to worry about, though, since his serious high-school girlfriend kept inquiring minds at bay – though, he admits, he had nagging feelings about men throughout the duration of the relationship. But when he started his freshman year at Boston College, things changed, and opportunities arose.

Tom and his high school girlfriend broke up towards the end of his freshman year due to distance. That was when he decided he needed a change. “I wanted to explore the part of me I had been keeping locked inside.”

Tom met a male significant other during the summer after his freshman year of college. “I had an instant attraction to him,” said Aleo. “And me being a straight guy that wanted to experience sexual activity with a man, I opened up to him almost immediately.”

Tom and his new man had chemistry, he says, though it began to cause some confusing feelings to arise.

“I just assumed I was gay because I had only had sex with one girl at that point and one guy and I enjoyed sex with the guy more,” explained Aleo. “So I figured I must be gay, disregarding the fact that I’m also attracted to girls.”

In retrospect, Aleo recognizes that his attraction to men was heightened after his breakup. “I was only truly interested in guys at that time because it was so new and exciting,” he said. “My relationship with girls had failed, so I wanted to try guys for the time being, hence my self-identification as ‘gay.’”

Soon, Aleo began to realize that his sexuality was not as black and white as he had tried to define it. 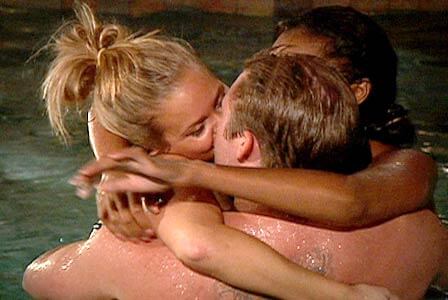 Aleo’s experimentation throughout those two summers and his early years of college came to define who he is today. While labels tended to confuse him throughout the process, eventually Aleo came to his own conclusion about his sexuality.

Figuring out where you land on the sexual spectrum can be a difficult process, but the fulfillment of a label should not have to restrict it. That’s why college is the perfect place to figure out how you define yourself – you can live in the gray area and not have to fully explain yourself to others.

To that end, Aleo said, “Homosexual, bisexual and heterosexual are just labels people put on feelings of love and comfort. I have the capability of loving either gender.”

Take advantage of the time you have to figure out what kind of person will bring you those feelings of love and comfort, and step out of your comfort zone. Trial and error may just lead you down a path you never thought you’d travel.